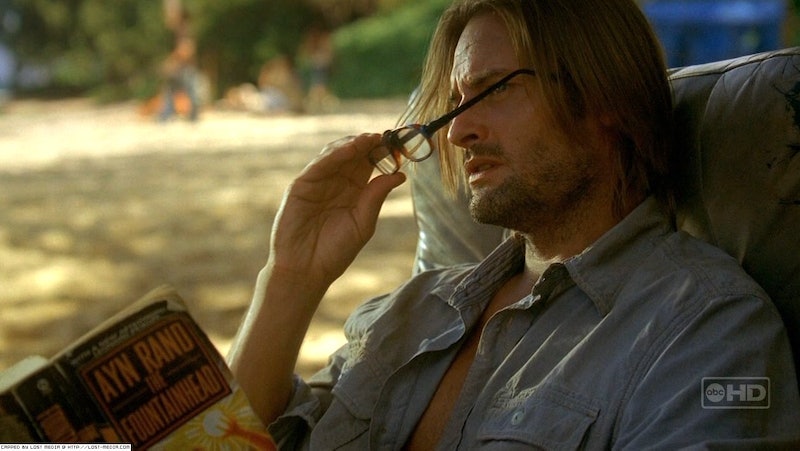 The life of a book-lover is a truly adventurous one. We may not be the ones leading the spontaneous journeys into dangerous terrain, or enduring the horrid struggles most teens face in high school, but we get to visualize all of it through the pages of a book, all while exercising our brains. There will never be a shortage of stories into which we can escape, and there will never be a better companion for us than a TBR pile stacked high.

Back in the day, most likely during our teen years, we were probably seen as geeks or nerds for choosing books over socializing with other humans. We wanted different things than most kids did, and that difference made others uncomfortable. Luckily, there are incredibly badass and brilliant characters on TV who would totally get us and our outcast teen selves. The greatest thing about these TV bookworms is that they do what they want, like what they want, and really don't give a damn what anyone else thinks.

Life just gets better once you stop caring about how others see you, don't you think? Here are all the best TV bookworms, who probably heart reading even more than you do:

The most intelligent member of the Griffin clan, Brian reads a lot and writes even more. He even wrote his own book, Faster Than the Speed of Love, and gets mocked frequently by his family members for it.

Her nose was usually found planted behind the pages of a book. She graduated from Yale and continued to be the killer nerd we always saw her (and loved her) as.

Tyrion Lannister from Game of Thrones

Perhaps King Joffrey should've taken this sage advice? Nah. Because then he might be alive.

Donna Meagle from Parks and Recreation

Donna likes romance, sci-fi, fantasy, and best sellers. And she is not embarrassed at all to read Fifty Shades of Grey at the office. Now THAT is bold.

An outlaw who loves the classics. Who knew? Just one of the many reasons Sawyer was one of the best humans on the island.

Lisa Simpson from The Simpsons

A self-proclaimed misfit, Lisa is often looked to as the voice of reason by others. She's brilliant, spiritually open-minded, and the best Simpson there is, in my opinion.

Lucas Scott from One Tree Hill

He was basically the ultimate dreamboat as the perfect mix of introverted, popular, soulful, and underrated. He had a lot of emotional issues, which made him cling to his love of literature. It also turned him into a serious romantic, and eventually he became a writer.

She kind of hates most people, but is an outcast by choice. That's because she's spectacular and has no time for superficial high school BS, and likes the person she is without any validation from others. Books create a sanctuary far far away from the idiots she barely tolerates on a daily basis at school.

Due to his Asperger's, Max has trouble interacting with others, so reading gives him a chance to dive deep into his own imagination without the judgement of classmates. He's probably the most fascinating character to watch on this show, because struggles like the ones Max faces are not seen often enough on TV.

Well, she's not wrong. Alex is the brainy lifesaver of the Dunphy household. As they proved in a later episode, they would probably die without her.

Danny Castellano from The Mindy Project

I mean.... those red specs. He's quite possibly the dreamiest bookworm of all.