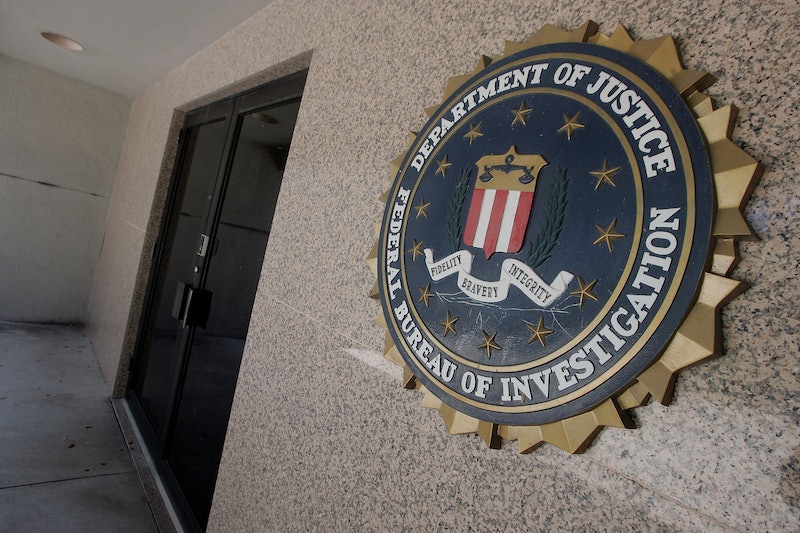 For some members of the FBI, their ethnic and racial backgrounds have them caught squarely between a rock and a hard place. Despite being hired for their ties to foreign countries, hundreds of employees are being subjected to racist policies as part of the FBI's Post-Adjudication Risk Management (PARM) program, which seems to be the formal term for "racial profiling." According to complaints from some of these workers, most of whom are linguists, and their lawyers, the FBI's post-9/11 "risk-management plan" has been far more successful at stymieing careers than preventing terrorism within the bureau. And as important as our national security is, it seems that the New Year should bring with it a new method of protecting our citizens that is more than skin-deep.

The program, which particularly affects employees of Asian or Middle Eastern backgrounds, are subjected more often than their colleagues to "security interviews, polygraph tests, scrutiny of personal travel, and reviews of, in particular, electronic communications and files downloaded from databases," according to the New York Times. Some employees even have their access to certain classified information revoked, making their jobs nearly impossible to complete. Such was the case for Egyptian-born Gamal Abdel-Hafiz, an agent from Dallas who has been with the bureau for more than two decades, but was suddenly placed in the program without warning or explanation in 2012.

Said Abdel-Hafiz to the Times, "This program was good for the new hires after 9/11, but for it to be used against current employees, some with 10 or 15 years’ experience and who have proved themselves, is unacceptable." Not only is it unacceptable from an ethical standpoint, but it also seems particularly counterproductive from a strategic standpoint. Many FBI employees are hired specifically for their cultural backgrounds and ties to certain nations of interest, making them excellent candidates for counterterrorism and intelligence missions. But even as they are valued for their language abilities or ethnicity, they simultaneously face discrimination by way of inclusion in the PARM program.

Moreover, agents and other employees are often arbitrarily placed under surveillance as part of the program without warning and without any sort of explanation. New York lawyer Jonathan C. Moore, who has represented an agent in PARM, told the Times,

Worse yet, it seems that the only way to clear their names is by completely cutting off all communication with family members and loved ones abroad, effectively isolating themselves and supposedly proving their loyalty to the United States. Bobby Devadoss, a lawyer from Dallas who has fought against the program on behalf of Abdel-Hafiz and other FBI agents, said to the Times, "If you’re in this program, it affects you from moving up. You could be a superstar agent, but if you’re in this box, you’re in the box."

On Saturday, the FBI acknowledged the existence of the long-standing program, but adamantly denied any sort of discriminatory policies in its execution. Rather, the agency claims that PARM is meant to protect foreign-born employees or employees with international ties, as they could be made more vulnerable to blackmail or coercion if their friends or family members overseas were threatened by terrorist groups. In an email to the Times, Michael P. Kortan, the F.B.I.’s chief spokesman, insisted that "the F.B.I. seeks to protect sensitive and classified national information while taking into account any impact on an employee. Inclusion in the program does not affect career advancement opportunities, and factors contributing to the risk assessment are periodically reviewed."

J. Mark Batts, acting section chief in the F.B.I. security division, also recently informed an employee, "I want to assure you that being under a PARM plan is neither an adverse action against you nor an indicator that you are a threat to the national security interests of the United States. It merely means that persons in your situation may be vulnerable to pressures or outside influences brought on by association with foreign nationals, and the F.B.I. is taking prudent steps to minimize any and all risks."

The process to "minimize any and all risks," however, has seen the inclusion of several hundred employees — according to a report in October 2009 from the Justice Department, 314 linguists were part of the program as of April of 2008, and between 2005 and 2008, a total of six contract linguists either lost their jobs or their security clearance as a result of the investigations. And since November of 2005, the program has been expanded to not only include linguists, but all FBI employees, and has affected nearly 1,000 of the 36,000 individuals who work for the agency.

This is not the first time that government employees, particularly those in high-risk situations, have faced discrimination due to their race or ethnicity. As The Atlantic reports, the United States has employed some 50,000 people as translators in Iraq and Afghanistan, an extraordinarily dangerous job, with the promise of safe passage to America in exchange for their help. But many years after the fact, many of these individuals remain trapped in their home countries, no closer to the United States than before the war.

So even as we make our security a national priority, it may be time to turn a critical eye towards our policies and determine which of our safety measures are truly protecting Americans, and which are hurting ourselves.