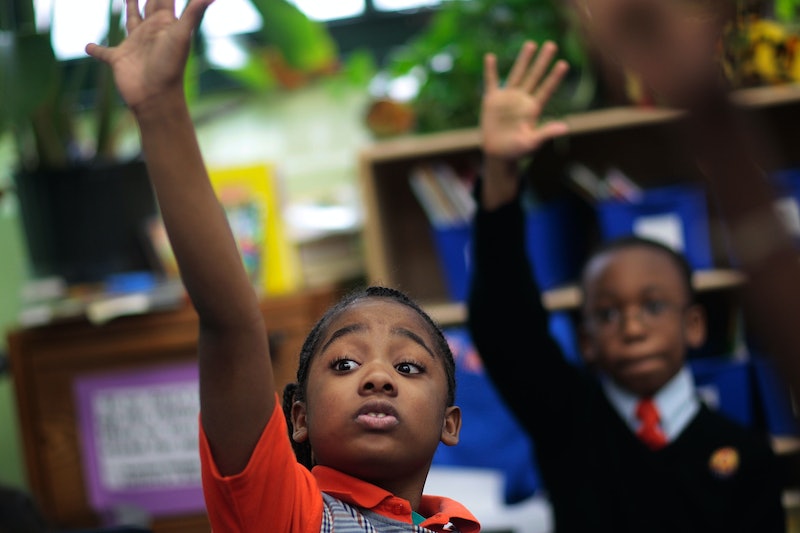 While numbers have historically been used to determine success in school, a new study suggests that we may need to forgo the results of the traditional IQ test for a personality test instead. Letters like "ENTJ" and "ISFP" may soon be more important than any numerical determinant because scientists suggest that personality is actually more important than intelligence when it comes to schooling. According to Arthur Poropat, of Griffith University in Australia, the "big five" personality traits, that is to say openness, conscientiousness, extroversion, agreeableness, and neuroticism, are actually stronger indicators of good grades than intelligence alone. Particularly, students who are more open and conscientious tend to be more successful in their academic pursuits.

This finding is crucial to encouraging students to develop the habits that are necessary at maintaining and improving their performances throughout their schooling careers. Simply "being smart" isn't always enough when it comes to being successful, and as Poropat's study suggests, isn't even that important when it comes to long-term benefits. In fact, previous research has demonstrated that individuals who rely purely on their natural talents and become arrogant about their abilities tend to perform worse over time, whereas those who believe themselves to be hard workers (but not necessarily naturally talented), rise to the top. So you see, the fable of the tortoise and the hare is actually grounded in science!

With respect to learning, personality is more useful than intelligence for guiding both students and teachers. In practical terms, the amount of effort students are prepared to put in, and where that effort is focused, is at least as important as whether the students are smart. And a student with the most helpful personality will score a full grade higher than an average student in this regard.

"A" for effort indeed. This certainly makes practical sense, as those students who are more willing to put in the work are clearly more likely to do well in school than their peers who are less inclined to make an effort. And while students themselves are sometimes able to give an accurate reading of their own personalities and predict their success rates, Poropat found that others' assessments of student personalities are far more indicative of their true abilities. In fact, according to the study, "when people who know the student well provide the personality rating, it is nearly four times more accurate for predicting grades" than if the student provides the personality rating him or herself. So unfortunately for us, we actually don't know ourselves best in this regard.

The link between personality and success has long been established, with an individual's desire to excel playing enormously into their overall performance in various tasks. For example, a 2011 book entitled The Secret Power Of Middle Children suggested that middle children tend to do better than their siblings because of they tend to have to strive more for attention from their parents when younger, developing personalities that are eager to please. And in September of 2014, a rather surprising study found that your personality is not the only one that matters when it comes to success. Rather, your spouse's personality also affects your workplace performance. According to researchers from Washington University in St. Louis, the same big five personality traits, openness, extraversion, agreeableness, neuroticism, and conscientiousness, were important when it came to spousal support as well.

The most conscientious spouses made for the best life partners, and as per this new research from Dr. Poropat, also make for the most successful individuals themselves. Poropat said of his latest findings,

Intelligence tests have always been closely linked with education and grades and therefore relied upon to predict who would do well. The impact of personality on study is genuinely surprising for educational researchers, and for anyone who thinks they did well at school because they are 'smart'.

While conscientiousness (or being responsible), makes sense as a determinant for success, openness may be more surprising. But as psychologists explain, openness is another word for curiosity, which is crucial when it comes to acquiring new knowledge and skills. After all, the smartest person in the world wouldn't be much good if she had no interest in the world around her.

These results also bode well for improving upon one's performance over time. Although there is little evidence to suggest that you can improve or learn to be more intelligent, your personality is far more malleable. Said Dr. Poropat, "Personality does change, and some educators have trained aspects of students' Conscientiousness and Openness, leading to greater learning capacity. By contrast, there is little evidence that intelligence can be 'taught', despite the popularity of brain-training apps." So fret not, friends. Not only does personality outweigh intelligence, but it's something that you can work on throughout the years, making for a full lifetime of learning.Images: Getty Images (3)

More like this
11 Surprising Benefits Of Journaling
By Carolyn Steber
Michigan’s Governor Is “Going To Fight Like Hell” To Protect Abortion Access
By Andrea Zelinski
23 Abortion Funds In States With Trigger Bans To Donate To
By Emma Carey
What Is Barack Obama’s Net Worth? He Makes *Way* More Now As An Ex-President
By Hugh McIntyre
Get Even More From Bustle — Sign Up For The Newsletter