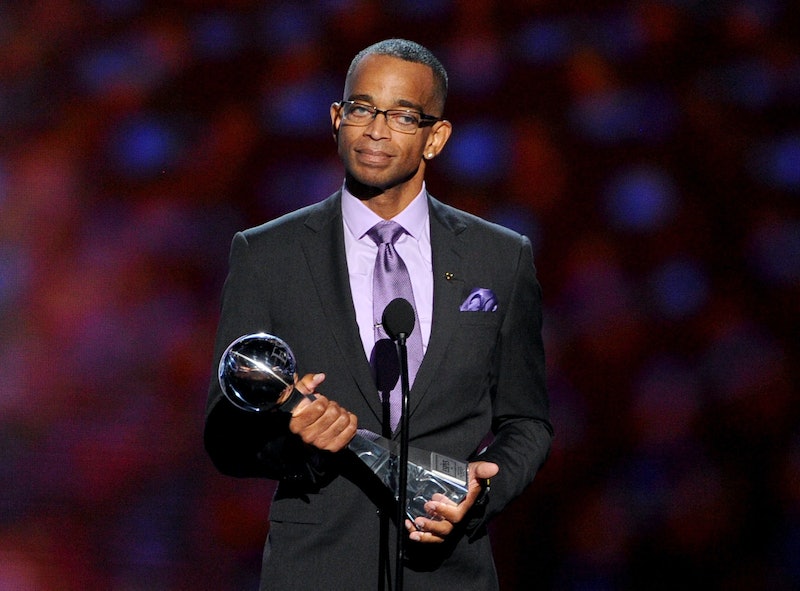 As the site reported Sunday morning, longtime ESPN anchor Stuart Scott has passed away at 49 years old. And though the news of his death — he had been battling cancer for seven years — is no doubt sad for fans of sports, broadcasting, and survivors, Scott left quite a legacy behind him, one that even included perhaps the most inspirational speech to hit airwaves in the past year. Just six months prior to his death, Scott's speech at the ESPYs Awards — where he accepted the Jimmy V award for Perseverance — managed to motivate and move viewers and audience members to tears not only its inspiring words, but also its sense of humor.

Taking the stage to accept his award, Scott referenced his battle with cancer, which had forced him to undergo several surgeries throughout the past decade. Said Scott while grasping his award, “When you die it does not mean that you lose to cancer. You beat cancer by how you live, why you live, and in the manner in which you live.”

And, based on the speech, Scott certainly battled to live. “Fight like hell. And when you get too tired to fight, then lay down and rest and let somebody else fight for you … I can’t do this ‘Don’t Give Up’ thing all by myself. I got thousands of people on Twitter to encourage me.”

And Twitter was precisely where Scott was fighting so hard in his last months. In fact, one of his final tweets intended to assure fans that he was, at that point, still beating the disease.

I don't think I've ever seen truer words to live by.