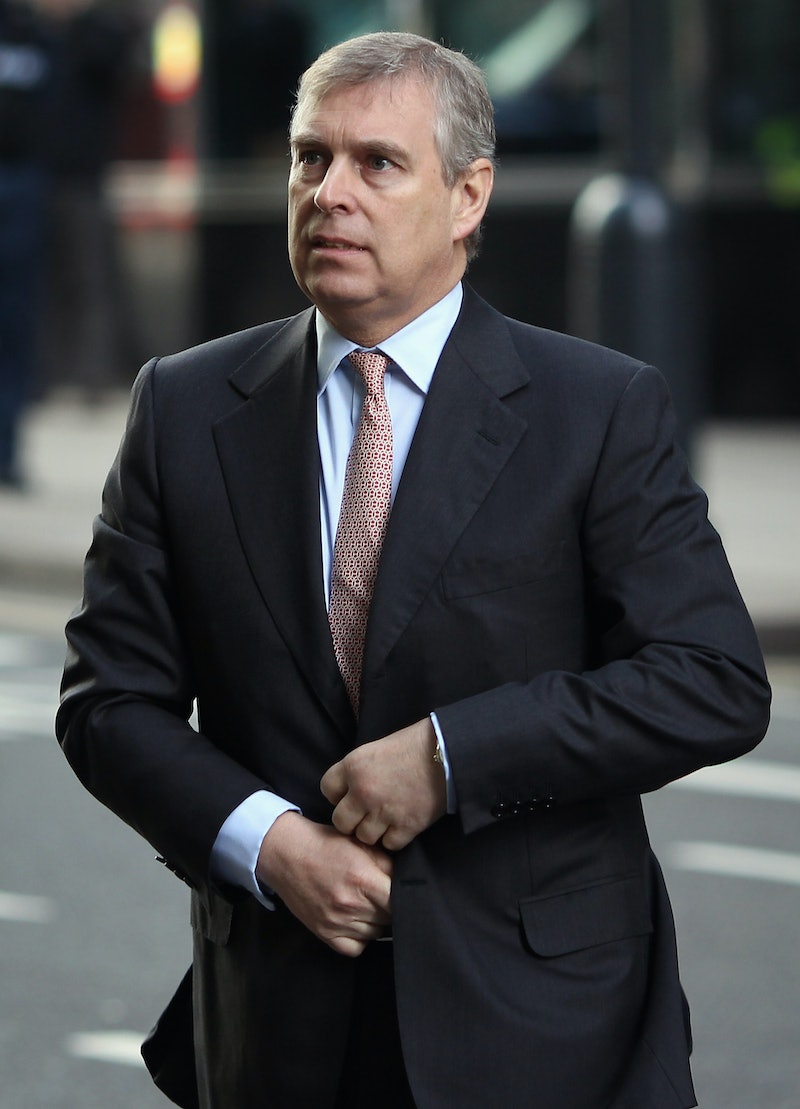 Buckingham Palace rarely issues statements about allegations made against the royal family, but they made an exception for the charges against the Duke of York. A young American woman is accusing Prince Andrew of having sex with her while she was underage. Even worse, she says she was coerced into doing so by Prince Andrew's friend Jeffrey Epstein. Prince Andrew, the Queen's second son, has been chastised before by the public for his friendship with the billionaire banker after Epstein was charged with soliciting prostitution in 2008, but now things are looking even worse for the pair.

Virginia Roberts, known as Jane Doe #3 in the case against Epstein, spoke to The Daily Mail to tell her story. She told them she'd been working as a sex slave for Epstein for three years although she was originally recruited to be Epstein's personal masseuse when she was just 15. Shortly after meeting the billionaire, she was coerced into having sex with him rather than just giving a massage.

Promised riches and mentorship, Roberts stayed working for Epstein for several years, during which time she claims she was given as a "gift" to Prince Andrew. "It was made clear to me that my job was to do whatever pleased him," Roberts said adding that she "wouldn’t have dared object" to any order.

Although Roberts is clear that it was Epstein who paid her, not Prince Andrew, she says the Duke knew she was underage before she engaged in intercourse with him. "Andrew [was asked] how old he thought I was and he guessed 17 and they all kind of laughed about it," Roberts remembers of her 2001 meeting with the prince.

She says that she met and had sex with Prince Andrew another two times before she escaped Epstein's ring for good in 2002. After living a reclusive lifestyle for 11 years in Australia, Roberts is now stepping forward publicly to hold these men accountable for their actions. "When I think of what [Prince Andrew] and these other men did, it breaks my heart. I am going to name every guy who deserves to be named," she told The Daily Mail.

Buckingham Palace released a statement on Friday rejecting the idea that the Duke had been involved in any "impropriety."

This relates to long-standing and ongoing civil proceedings in the United States, to which the Duke of York is not a party. As such we would not comment in detail. However, for the avoidance of doubt, any suggestion of impropriety with underage minors is categorically untrue.

Roberts is disappointed to hear that her claims are being waved away. "These types of aggressive attacks on me are exactly the reason why sexual abuse victims typically remain silent and the reason why I did for a long time," she told The Daily Mail on Sunday. "That trend should change. I’m not going to be bullied back into silence."

Roberts is the one who was allegedly taken advantage of at a young age by such powerful people, so it's sad that her story, if true, is being brushed off by so many. The behavior she alleges of convicted sex offender Jeffrey Epstein and the Duke of York is despicable. Especially on behalf of Prince Andrew who has two young daughters himself. I know The Daily Mail has a reputation for not always telling the truth, but Roberts deserves the respect we should give all victims of sexual assault, no matter how rich and famous their abusers are.