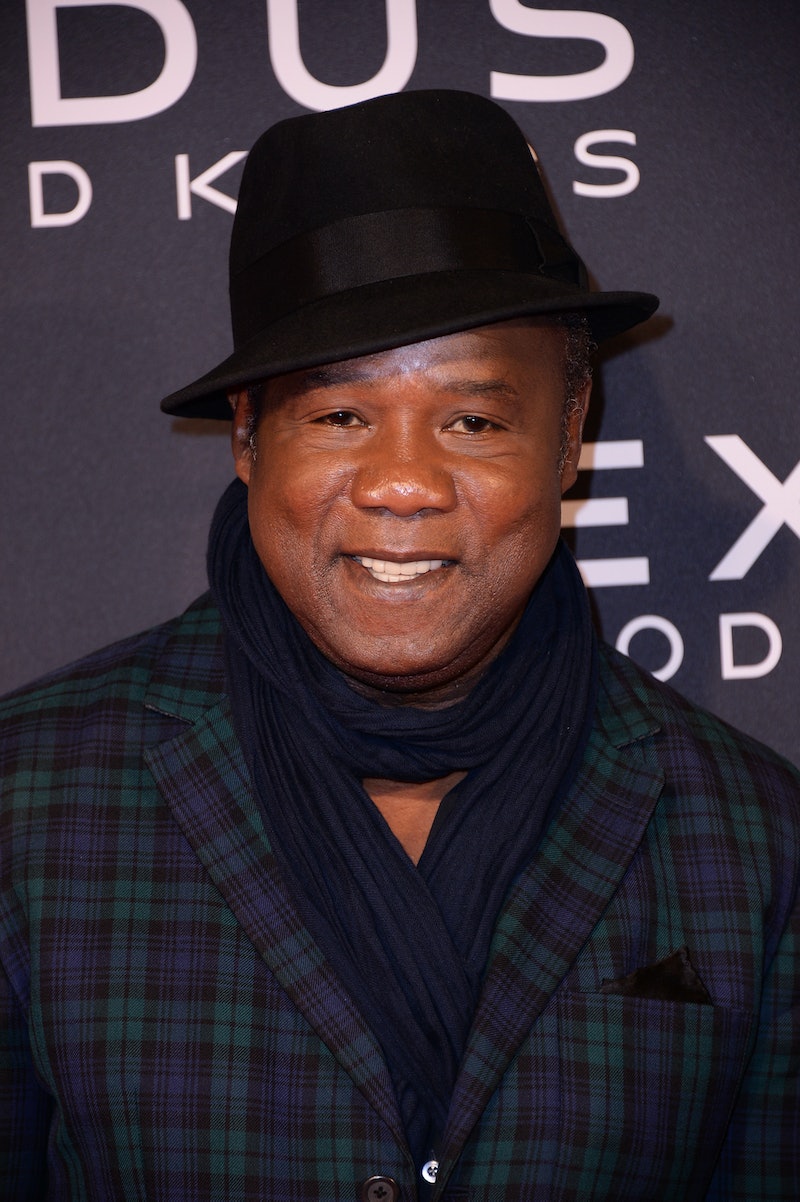 Arkham Asylum is finally open for business in the new Jan. 5 episode of Gotham , "Rogues' Gallery," the first since the winter finale. And Jim Gordon, its newest security guard, will, of course, immediately clash with his superior, hospital administrator Gerry Lang. Gerry Lang has a familiar surname to comics fans — it's the same as Superman's love interest, Lana Lang. As always, the writers have built in a little added ambiguity about whether or not this Lang is a preexisting character from the comics. However, there's no history of Gerry Lang, so Gotham is in uncharted territory.

Strangely enough, there is a real-life mobster who went by "Gerry Lang." It remains unclear if Gotham's Lang is in the pocket of the mob, and if so, on which side, Falcone's or Maroni's, both of which had a hand in the creation of Arkham and a vested interest in the criminal inmates. He could also be working with the Mayor, whose attempts to keep the city of Gotham under control keep leading him to do ultimately damaging things. Either way, he's keeping secrets from Harvey and Jim, which looks like it'll backfire big time. Here's what we know about Lang so far.

He's Going to Stand Up to Harvey

Looks like we have our very first Arkham foe. In the clip above, it's obvious that Gordon is chafing underneath Lang's leadership. Most of the characters that run Arkham in the comics and movies are either pretty incompetent or outright bad guys, like Batman Begins' Scarecrow.

He's Got Some Familiar Characteristics

Gerry Lang will be played by Isaiah Whitlock, Jr. who's probably best known for playing crooked politician Clay Davis on The Wire, whose exclamations of profanity were one of the show's comedic highlights. And just like Davis, Gerry is a part of the system — covering up systemic decay, perhaps? In this Golden Age of TV, the more Wire alums you have on your show, the better.

He Could Have a Famous Relative

DC Comics does exist in one large continuity, so it's possible Gerry Lang ad Lana Lang could exist in the same universe. Lana Lang is always portrayed as Superman's high school girlfriend, so, since Batman and Superman are roughly the same age, she would only be a middle schooler at this point in Gotham's continuity. So we might see Gerry drag a young Lana to "Bring Your Niece to Work Day," but there's also a Supergirl TV adaptation in the works — and it seems way more likely that we'll hear from Lana Lang there.