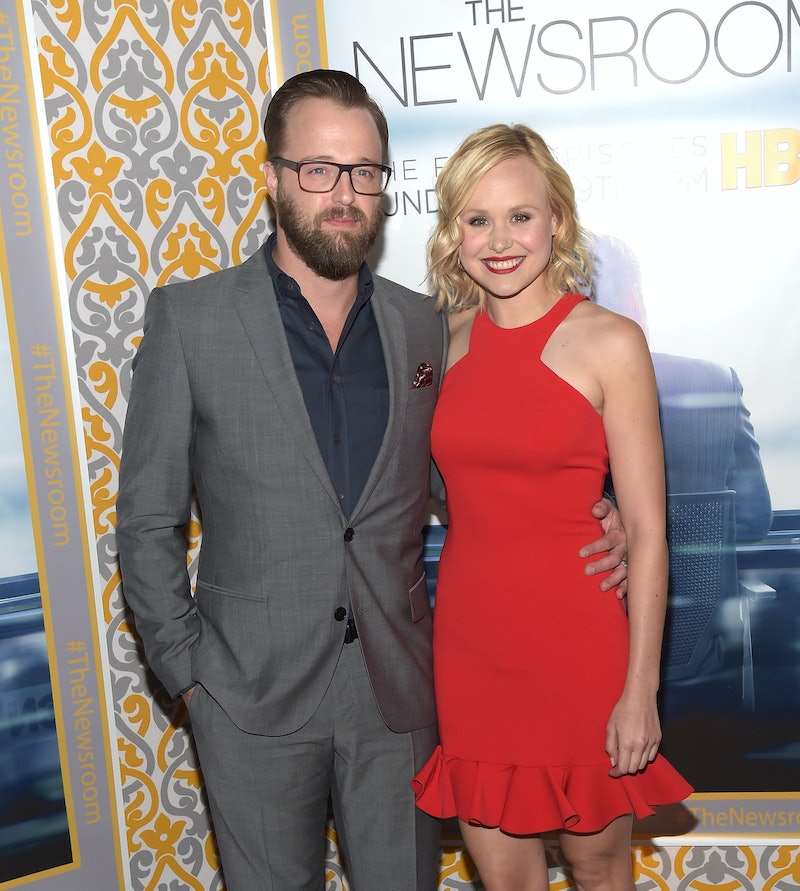 The best way to start off 2015? Putting a ring on it! That's exactly what Alison Pill and Joshua Leonard did when they got engaged on Sunday. As most celebrities do these days, The Newsroom actress announced the news on Instagram standing beside her fiance and showing off her ring. She captioned the picture with an enthusiastic "Let's do this, 2015!!!!"

As much as the ring display on Instagram annoys me, it's clear that Pill is very happy and she and Leonard make an adorable couple. They began dating after Pill called off her engagement to actor Jay Baruchel in 2013 citing their long distance as the deal breaker.

Hopefully Leonard is more into planning than Baruchel was, because that's one of the reasons a wedding never happened for the former couple. "Unfortunately, we're two busy people who are intrinsically lazy," Baruchel said. "So in our free time, the last thing we want to do is book flights and organize hotel rooms for people."

But Pill and Leonard seem very happy, and Leonard can often be seen posting pictures on Instagram of the two loves of his life: their puppy Henry and Alison Pill. "She is one of the greatest humans I have ever known and she makes my life better in every way," he has said of his new fiancee.

Now that the pair is planning to get married, their 2015 is off to a great start and it will probably only get better from here. Congrats to the happy couple!