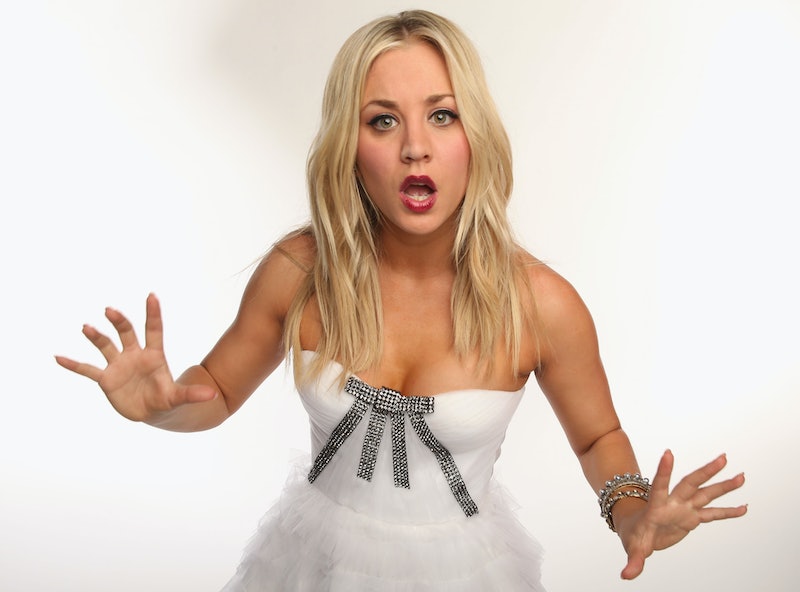 Happy New Year! I think maybe one of the resolutions Big Bang Theory actress Kaley Cuoco made for 2015 was to take responsibility of her actions... kind of. In a recent Redbook interview, the actress talked about her new marriage and her thoughts on feminism, saying that she didn't consider herself a feminist and that she had never experienced inequality before. Must be nice! But over the weekend, Cuoco apologized-but-not-really for her statements, saying that her comments were taken out of context.

On her Instagram account, Cuoco said: "In my Redbook article, some people have taken offense to my comments regarding feminism- if any of you are In the "biz" you are well aware of how words can be taken out of context." Not sure how one can take "I've never experienced inequality therefore I am not a feminist" out of context. Cuoco's statement was a classic non-apology, a "sorry you were offended."

But, in this case, as irritating as it might be that she doesn't consider herself a feminist, I really don't think that she needed to apologize for not identifying that way. What did merit recognition but didn't get it was her serious misunderstanding of what feminism is; she went on to say that she loves to cook her husband dinner five nights a week, because it makes her feel like a housewife. Again, totally fine, but what kind of ancient, dusty definition of feminism are you holding on to that associates being a housewife to being anti-feminist? She ends the caption saying that her friends and loved ones will know what she meant, but I wish she would have just come right out and said it, because I still have no idea.