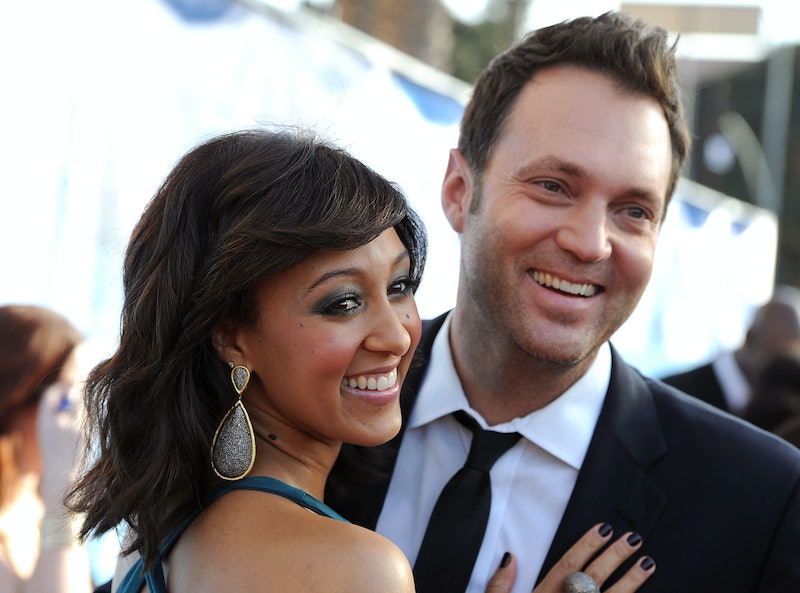 Sister Sister was one of those television shows that basically defined the '90s, right up there with The Fresh Prince, The Nanny, and Clarissa Explains It All. It was Mary-Kate and Ashley: The TV Series (and, in fact, famed TV twins Mary-Kate and Ashley even appeared on an episode of this show about two twins who were separated at birth and meet as teens). While Tia Mowry currently stars on the Nickelodeon series Instant Mom, and Tamera Mowry is one of the hosts of The Real, good news in their professional lives isn't all the good news they have to share. Apparently, Tamera Mowry is pregnant with her second child by husband Adam Housley and the way she announced it couldn't have been cuter.

Mowry and Housley have been married since 2011 after a courtship of about six years. They had their first child, son Aden John Tanner Mowry-Housley, in Fall 2012, and now there's potentially a sister sister headed this family's way. (Is it too late to keep making that pun?) Mowry announced the news on Instagram on Sunday, sharing a picture of her positive pregnancy test along with a faux face of happy surprise (and a wee bit of product placement for Clearblue).

The fact that Mowry is already on her second child with Housley really says wonders about what a wonderful relationship the pair must have. After all, Mowry revealed during an episode of The Real that she remained a virgin until she was 29 years old, lost it to Housley, and then regretted not waiting until they were married and stayed celibate until after the wedding ceremony. Now the two have been happily married for four years, are about to have their second child, and could not seem happier — proving that even the worst kind of first time awkwardness can be easy to overcome with patience, respect, and communication between both parties.

It's likely far too early into the pregnancy to know what the sex of the future Mowry-Housley is going to be, let alone what names the couple are considering, but this is amazing news for them. Not only will Aden be getting a little brother or sister, but the second baby will be in good company with cousin Cree Taylor Mowry-Hardrict, the son of Tia Mowry who was born in 2011. Since the Mowry twins already have two boys between them, I'm already hoping that the next baby is a girl, if not twin girls. Who says life can't imitate art when the art is just that good?