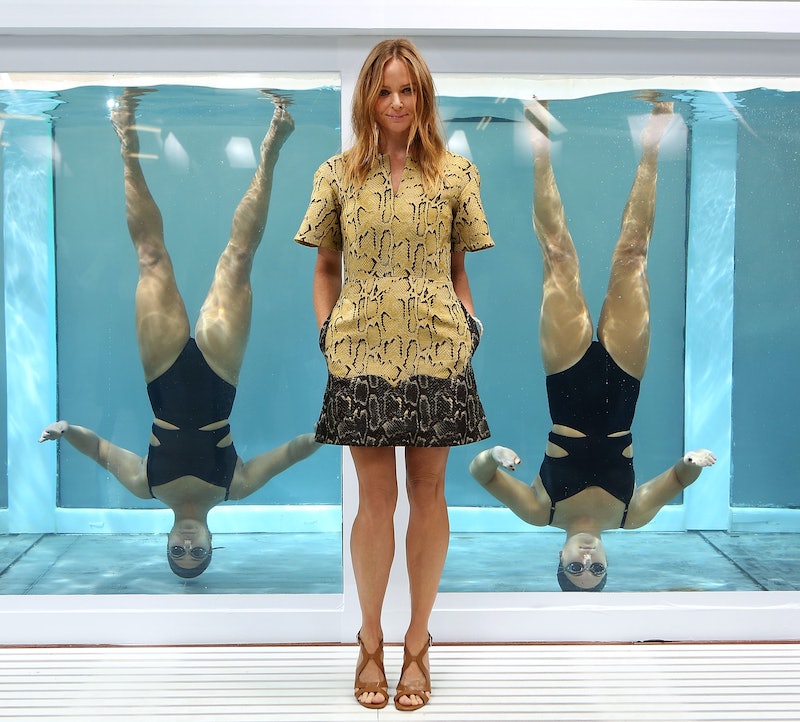 The high-low mashup continues to reign supreme in fashion and isn't going anywhere in 2015. Stella McCartney and Adidas are celebrating their 10th anniversary and have enjoyed much success with their multi-season athletic-wear collab, boasting snazzy jogging pants and workout attire. Now, Stella McCartney and Adidas are launching StellaSport, which is targeting a younger customer and taking their mashup a step further.

The range is specifically aimed at "action girls" between the ages of 17 and 19 and is all about meshing utility and style, the result of which is "Performance Pop," according to the always-on-point designer.

This is good news and not simply because it means more fashionable gym threads that translate to thoroughly bangin' street style. Since the clothes are aimed at a fashionista who is young and edgy, they could further encourage her fitness habits at an earlier age. Besides, who wouldn't want to ditch the sugary soda in favor of rocking StellaSport pieces while being active?

Here's everything we know about this totally rad and extended partnership, which was expressly designed to be worn at both the gym and on the streets. So it's urban street athletic wear, also another 2015 fashion trend, and it sounds a lot like the upcoming Beyonce x Topshop collab.

McCartney herself said, "These pieces are designed to complement your life and be totally realistic that fashion and sport technology are here to stay as a huge part of our life and wardrobes, and this is the attitude we are shouting about."

She is clearly embracing a 21st century fashion philosophy.

1. There Are Plenty of Bright and Patterned Offerings

There will be clothes, accessories, tank tops, bras, tights, and shoes, all in bold colors and with bright patterns. There are plenty of choices, with 106 pieces going on sale.

It's not exactly a Von Dutch trucker hat resurrection, but StellaSport will also boast caps, onesies, knee-high socks, and backpacks. I fully expect Miley Cyrus to prance around L.A. in a StellaSport onesie.

McCartney told WWD that the range will "take the Stella girl from the campus to the club and finds a link in sport and technology without sacrificing style." She also noted that there are "signature moments, like our new self-laced sneakers, that give individual personality."

4. StellaSport Is Available on January 15

Make a note in that iPhone calendar, ladies. The range is available as of January 15 and will be sold via the Adidas website and at Topshop and Nordstrom outposts.

Have look at the rest of StellaSport's awesomeness on the Adidas website.