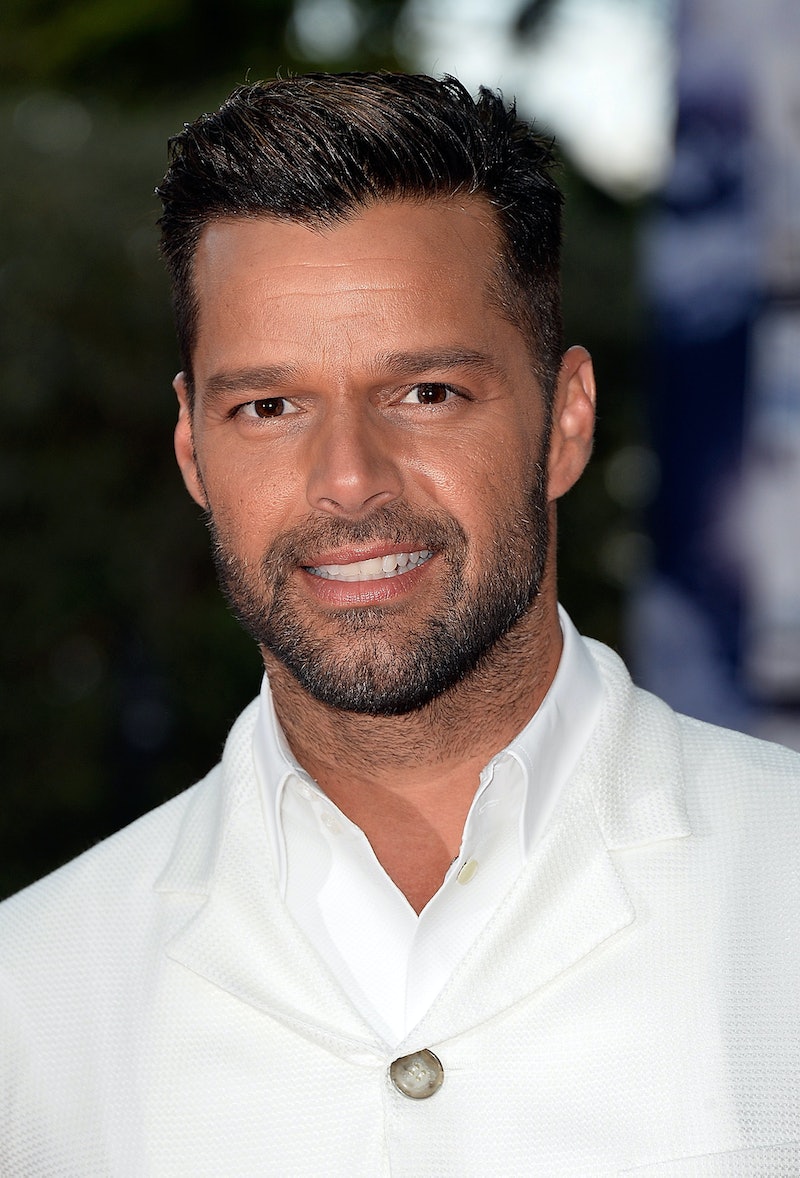 Never fear, bon-bon-shaking, la vida loca-living people of Earth. Despite what you may have heard about a car accident that allegedly slayed our favorite '90s Latin lover, Ricky Martin isn't dead. According to his Instagram though, he is in a tropical paradise that closely approximates the popular vision of heaven.

In case you missed it, Martin became the latest celeb to fall victim to a death hoax over the weekend. A YouTube video posted on Saturday claimed to show a car accident in which the 43-year-old Menudo alum had supposedly perished. According to The Huffington Post, numerous details of the video gave it away as a fraudulent report. The clip claimed that the wreck happened on an LA county freeway, but that the accident report was supposedly released from a San Francisco area police department. To add to the inconsistencies, the footage also depicted cars with European drivers licenses. JEEZ, Internet trolls... GET YOUR STUFF TOGETHER!

As if you needed any further proof that the video was a fake, Martin was using social media after the supposed accident. Hence, it clearly didn't happen. The singer posted some pictures to Instagram on Sunday night from a location with the cerulean waters and white sand shores of an equatorial beach, hashtagging them #heaven. He may not be at the pearly gates negotiating with St. Peter for entry into that big supper club in the sky, but he appears to be in a better place.

So this clearly isn't a posthumous 'gram, but I'm wondering if this is a response to the fake news or just a fantastic coincidence. If he's being Insta-sarcastic with us, that's kinda fun, I guess. But you know what would be even better? If he had NO CLUE that this was going on at all, and was entirely unaware of how serendipitously apropos his caption was. Alter all, if I were Ricky Martin on vacation, I probably wouldn't be checking the Internet for potential death hoaxes.