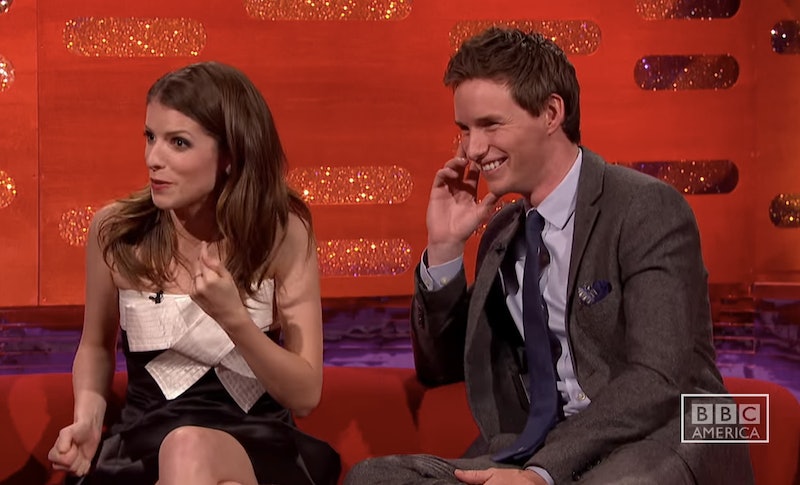 If you've ever wondered why Eddie Redmayne wasn't in the Harry Potter films like a slew of other English actors, we finally have an answer. During an appearance on The Graham Norton Show, Redmayne admitted that he dreamt of being a part of them — even just as one of the Weasley siblings. When asked by Norton why the British actor wasn't in The Hobbit, he had quite an answer. "Oh god, for a few years there, there were the Harry Potter films... there was a whole family of ginger people and I thought that somehow I might be a part of that at some point," he lamented. "But that never happened."

And as for The Hobbit, Redmayne actually auditioned for Bilbo Baggins, but it didn't exactly go as planned. "I went to this audition and I had been very rigorous about it. I didn't want to just do my usual boring thing, so I went on YouTube and I found Ian Holm, who had played it in Lord of the Rings, and I tried to copy his character," he explained before launching into a full re-enactment of his very in-character audition. Spoiler alert: it didn't go well. "I thought I was being brave," he said with a laugh. "I never got a call back." Watch it at the 48-second mark in the video below.

After Redmayne's fantastic story, Anna Kendrick — who was also a guest on the show — followed up with her two cents on going "mad" in an audition. It's equally amazing and made me wonder why she and Redmayne haven't costarred in anything together yet. Get on that, Hollywood!