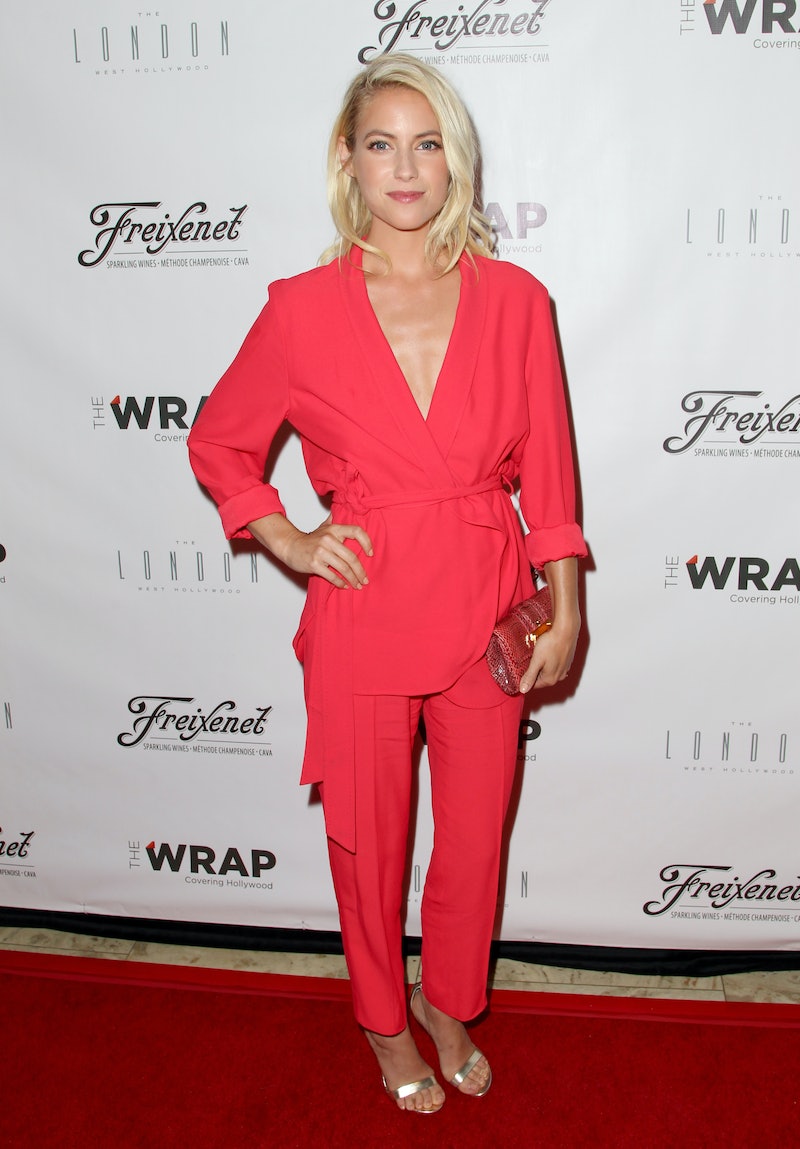 Finally VH1 has come out with a scripted TV series that we can get behind. Hindsight , starring Laura Ramsey is sort of like the TV-version of 13 Going On 30 in reverse, which is a brilliant idea because everyone dreams about what you could have done differently if you could go back in time. What have we seen Laura Ramsey in before? Well, her most important role was back when she starred alongside Channing Tatum and Amanda Bynes in She's The Man, but hopefully Hindsight puts her on the map for good, because she’s talented and really pulls off wearing leather and flannel.

Ramsey's Hindsight character is a girl named Becca, who is nearing her 40s, about to enter into her second marriage, and pretty devastated about the way her life has turned out thus far. Her first marriage crumbled, she stopped speaking to her best friend 10 years earlier, and is stuck at a dead end job. On the night of her wedding, she passes out in an elevator and wakes up on the day of her first wedding in 1995, allowing her to make a totally new life for herself. This leads to a lot of amazing '90s music, which also makes the show worth watching.

Here are all the other places you may have seen Ramsey, starting with the best movie ever.

The minute I saw Ramsey, I realized that I knew her from something else, and in fact I have seen her many times as Olivia in the Amanda Bynes classic She’s The Man. Sorry, but if you haven’t seen this film, you need to. It’s terrible and amazing, and Channing Tatum is in it. What else could you ask for? Olivia plays the popular girl who Tatum's Duke is obsessed with, but Olivia has a crush on Viola (Amanda Bynes) disguised as her brother Sebastian. It’s all very Shakespeare-ish.

Emile Hirsch's skateboarding is basically the only thing you need to know about this movie if you never saw it in 2005. Ramsey doesn't have a huge role, but nevertheless, you can see her in this movie and it’s one of the bigger names on her resume.

I had never heard of this movie before, but Ramsey stars in it alongside Zach Galifianakis, Amy Poehler, and Owen Wilson as Galifianakis' father's widow. The story is about two friends who go home for a funeral and one of them inherits a lot of money. Looks like I just found my Saturday night plans.

I don’t know what it is about terrible horror movies and why every actor/actress trying to make it in the business thinks they have to make one, but The Ruins is Ramsey’s terrible horror flick. You know, holiday in Mexico goes terribly wrong, everyone dies, the end. I actually don’t know the ending so that wasn’t really a spoiler, if you were worried. It was just a guess based on every other horror movie out there.