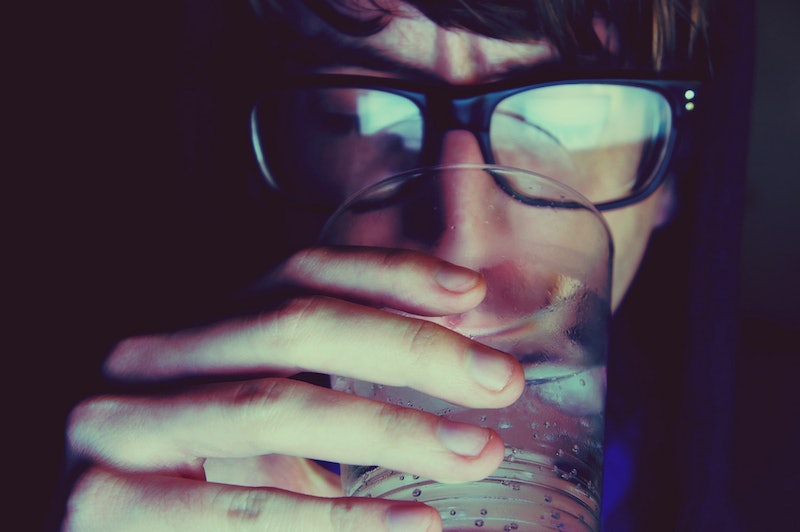 Given that it’s now January 5, it’s to be hoped that we’ve all gotten over our New Year’s hangovers — although I suppose it’s always possible that some of them are still going strong. Business Insider, for example, recently calculated a ranking of the most hungover cities in the U.S., and, well… I’m willing to bet that if anyone remains deep in the throes of an achy head and unsettled stomach, they’re likely to be found in one of those locations. Just, y’know, do yourself a favor and make sure you’re eating and drinking the right things while you recover, OK?

Averaging these indicators together for each city resulted in the Business Insider Hangover Index; Hangover Scores could fall anywhere between zero and 99.

You know what’s really amazing? The fact that neither New York City or Los Angeles are on the list. I’d be curious to know where they landed, but I won’t lie: I’m quite surprised not to see them here. At least both those states represented in some capacity, though: San Francisco took the number 21 slot, while Buffalo landed at number 10.

Check out the top 7 cities below, along with their respective Hangover Scores; head on over to BI for the full list.

The people of Lawrence apparently party hard: In addition to there being 28.3 bars and 24.8 beer/wine/liquor stores per 100,000, over a quarter of the city’s population — 25.9 percent — admit to binge drinking.

Interestingly, there are more liquor stores per 100,000 people than bars in Fort Collins: 21.6, compared to 13.2. 26.4 percent of people admit to binge drinking, and there are 5.5 establishments that produce alcoholic beverages for every 100,000 citizens.

Not to be confused with Manhattan in New York City, this city in Kansas features percentages of 8.7 admitting to heavy drinking and 23.4 admitting to binge drinking. There are two alcoholic beverage producing establishments per 100,000 people.

Is any actually surprised to see a city on the Jersey Shore on this list? Because I’m not (then again, I live there, soooooo… yeah). There’s a higher percentage of people who admit to heavy drinking here—10.1—but a lower percentage of those who admit to binge drinking (17.6). There are also 27 bars and 27 liquor stores for every 100,000 people. Wowzers. [UPDATE: Although Business Insider's original post specified Ocean City, NJ, it's possible that it may have been meant to be Ocean City, MD. Do with that what you will.]

It’s effing cold in Minnesota, so I can understand the desire for a little nip or two to warm you up from time to time. Fun fact: There are a whopping 55.1 bars per 100,000 in Duluth. Alas, though, they seem to be a little light on the breweries and such: The number drops to 0.7 when considering alcoholic beverage producing establishments.

The University of Montana is located in Missoula, so I’d bet the college population has something to do with its level of hungoverness. 26.9 percent admitted to binge drinking, and there are 39.6 bars per 100,000 people. That’s a lot of bars.

See the rest of the most hungover cities in America over at Business Insider.