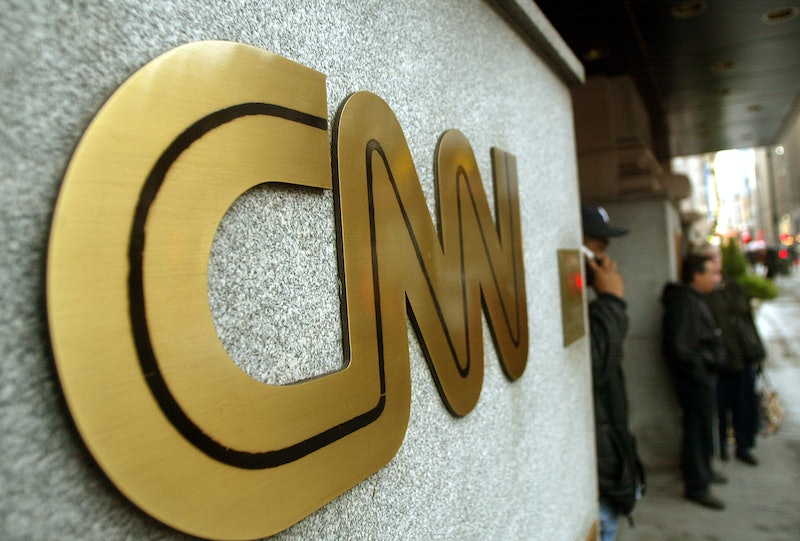 All credit goes to Jalopnik writer Michael Ballaban, without whom maybe we wouldn't get to see this — until it was too late, that is. You see, as it turns out, CNN has a doomsday video, prepared and ready to go in the event that, well, we're all about to go. It's been a reliably popular subject of speculation for years, and now you get to see it, in all its absurd, macabre brilliance. That Ted Turner sure knew how to set the stage, huh?

As Ballaban details, the end of the world was an eventuality that Turner had spoken about directly upon the launching of CNN back in 1980, boasting that "we will cover the end of the world, live, and that will be our last event." Turner's vision specifically called for the strains of a very particular song to blare out over the airwaves — "Nearer My God To Thee," a song disputedly claimed to have been played by the Titanic's ship band as the mighty vessel sunk.

Regardless of whether that's true, the popular perception does make it a worthy choice to back a video montage marking the end of humanity — our own ostensibly unsinkable species, scuttled by hubris?

Unfortunately, though understandably, you can't watch the video here — it's a huge find, so it makes total sense that the folks at Gawker Media are keeping this unavailable for embedding at the moment. But suffice to say that while Turner never got to see the tape run while he was at the helm of CNN, and that's fortunate for all involved, he got his wish. This is how the world ends in Ted Turner's mind: A grainy, flickering image of a band playing "Nearer My God To Thee" while all hell breaks lose elsewhere.

What eventuality this strange, sad video was meant for is a little unclear, and somewhat beside the point, but it isn't hard to guess at the intention. In 1980, the threat of nuclear war still hung over the United States like a shroud, with over 30 years of the Cold War in the rear view mirror. It's entirely likely that this was envisioned as the network's final broadcast while nuclear bombs were popping off all over the globe.

Do yourself a favor and take a look at the full video — it's as simple as what I've described above, and only runs one minute in length, and it's bound to inspire either bewilderment, laughter, or a strange, sinking feeling. It's a premature funeral for the whole human race, and you're invited.

More like this
President Zelensky Spoke Out On Ukraine's Chances Of Hosting Eurovision Next Year
By Sam Ramsden
How To Fight For Reproductive Rights, Based On How Much Time You Have
By Courtney Young
The Music Industry Continues To Fail Black Women
By Precious Adesina
Sarah Everard’s Killer Wayne Couzens Is Appealing His Whole-Life Sentence
By Sophie McEvoy
Get Even More From Bustle — Sign Up For The Newsletter