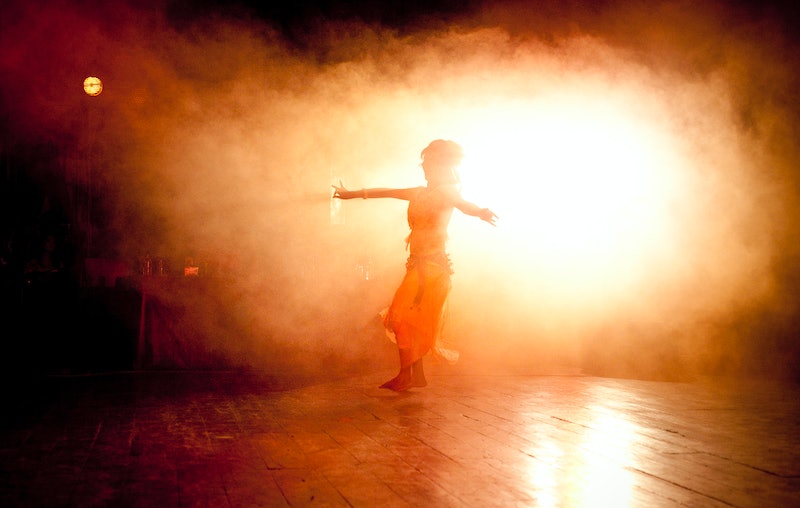 India just made history with a mayoral election. On Sunday, Madhu Kinnar became India's first transgender mayor when she won the election in Chhattisgarh's Raigarh Municipal Corporation. Independent candidate Kinnar beat out her closest rival, Mahaveer Guruji of the Bharatiya Janata Party (BJP), by more than 4,000 votes. Kinnar's victory, which she says was a result of "public support," is a monumental milestone for India's LGBT community, but the country still has far to go.

What's even more remarkable about Kinnar's win is that it was secured not by a deep-pocketed campaign, but by the people themselves. Kinnar said in an interview after the election:

It was the public support that encouraged me to enter the poll fray for the first time and because of their support only, I emerged as the winner.

The new mayor had used her earnings from performing as a singer and dancer on Howrah-Mumbai trains last year on her campaign. In Sunday's election, Kinnar overcame BJP candidate Guruji by 4,537 votes.

People have shown faith in me. I consider this win as love and blessings of people for me. I'll put in my best efforts to accomplish their dreams.

More than anything, according to opposing party the Indian National Congress, Kinnar's victory speaks to the BJP's shortcomings. Raigarh district Congress president Narendra Negi said in an interview:

There was no Modi wave in Raigarh this time. People of Raigarh were fed up with the corruption of BJP, hence they voted for Madhu. It is not Madhu Kinnar's victory, but it's a loss of BJP.

While Kinnar's election to mayor is a major historical stride for India and its LGBT community, the country is still one of the least progressive in the world when it comes to LGBT rights.

Despite India's antiquated laws on homosexuality, the Supreme Court supported the rights of transgender people in a landmark ruling last year. In April, the court recognized transgender people as a third gender, saying, "It is the right of every human being to choose their gender." The ruling also called for the government to provide transgender people, who make up an estimated 2 million of India's population, with quotas in jobs and education and other fundamental amenities.

Before the ruling, transgender Indians were forced to identify as either male or female, but recognition of transgenders as a third sex encourages "every citizen to grow and attain their potential, irrespective of caste, religion or gender."