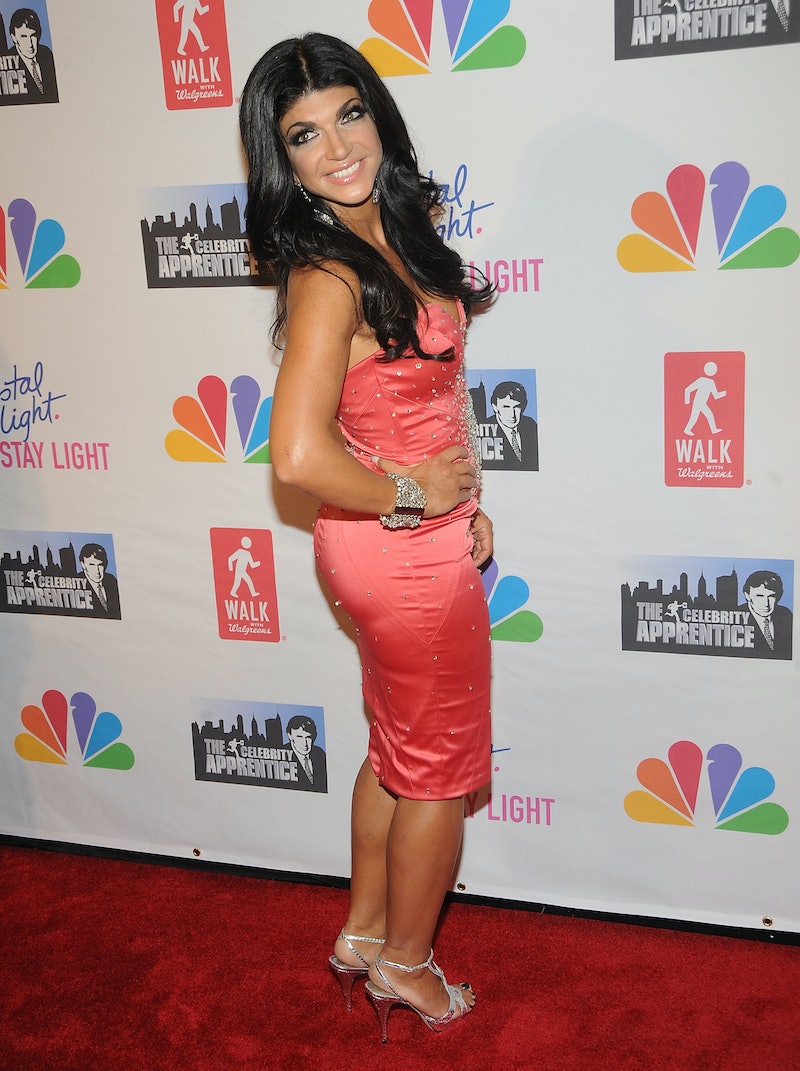 As Real Housewives of New Jersey star Teresa Giudice began her 15 month prison sentence this morning at the Danbury Correctional Facility in Connecticut, she said goodbye to her home, family, and freedom. Oh yeah, and Teresa Giudice had to surrender her extensions. That one really had to hurt.

For a woman whose laundry list of crimes is as long as her locks (bankruptcy fraud, conspiracy to commit mail fraud, wire fraud, failure to pay taxes — ya know, the usual), stripping off her extensions must be as bad as stripping down during her prison induction, considering that she previously had her attorney plead to her allow her to keep them while incarcerated. "Yes, Teresa has had her attorney inquire about keeping the hair extensions," a source told Radar Online back in October. "She will need to take out her extensions before beginning her prison sentence." And lo and behold, that dark day finally occurred as Giudice was forced to surrender her hair extensions during intake at approximately 3am this morning. Guess that attorney couldn't weasel hair extensions into the list of prisoners' rights...

Supposedly, the Real Housewife's always-present extensions are used to mask her actually extremely thin strands and she's "genuinely afraid that she is going to end up bald by the time she leaves prison after 15 months."

As a born Jersey girl myself, I understand the importance of big, thick hair but I can understand the impracticality of it while on prison kitchen duty (unless of course OITNB's Sophia happens to be there), especially when the upkeep of those locks costs Teresa thousands of dollars a year — ya know, in addition to the $214,000 her and her husband currently owe in restitutions...