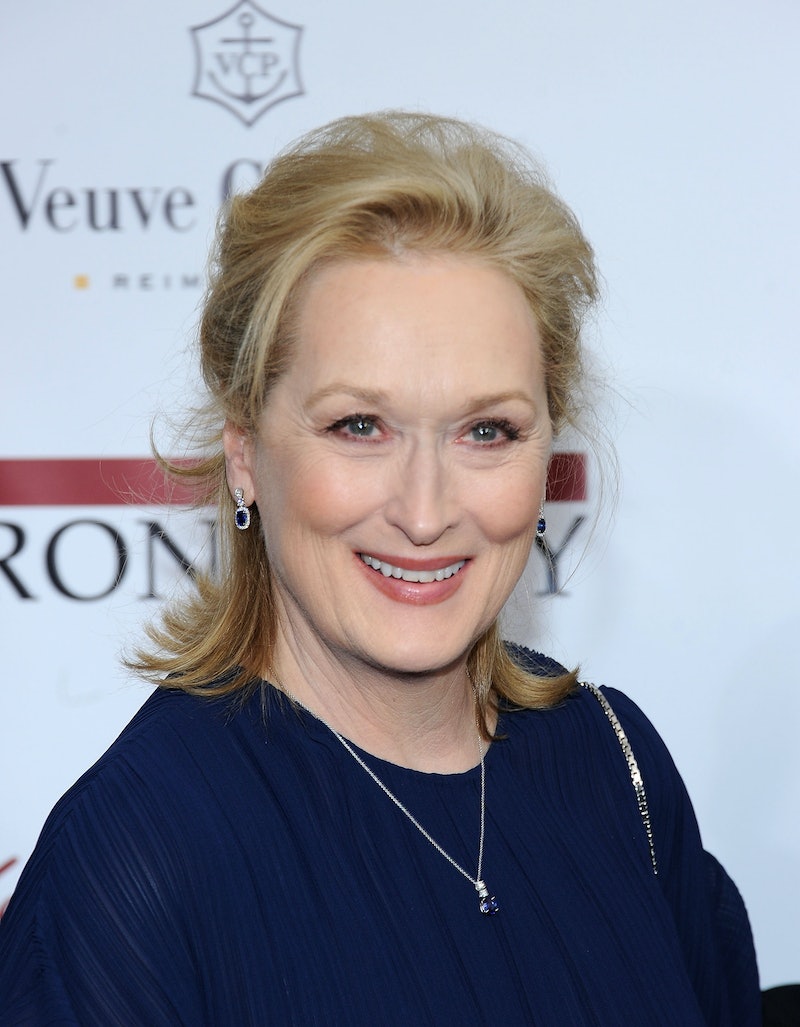 Shhh. It's time to let the queen of everything speak. As part of W Magazine's January issue featuring 2015's Best Performances (actually, the movies came out in 2014, but the awards will be handed out in 2015), Into the Woods actress Meryl Streep reveals her celeb crush as well as who she doesn't drool over. Her answer might surprise some, but it's amazing and, actually, makes sense. Streep revealed,

The movie that makes me cry is Anchorman. I have the biggest crush on Will Ferrell. I love him in every film he does. I mean, Ryan Gosling could be my child. I’m not going to have a crush on a child. Will Ferrell is a man.

OK. Who else is rolling on the floor laughing and wanting to high-five Streep all at once? I'm pretty sure she just became even more amazing for this response, which I didn't even think was possible. What do we take away from this? Here are a few items: