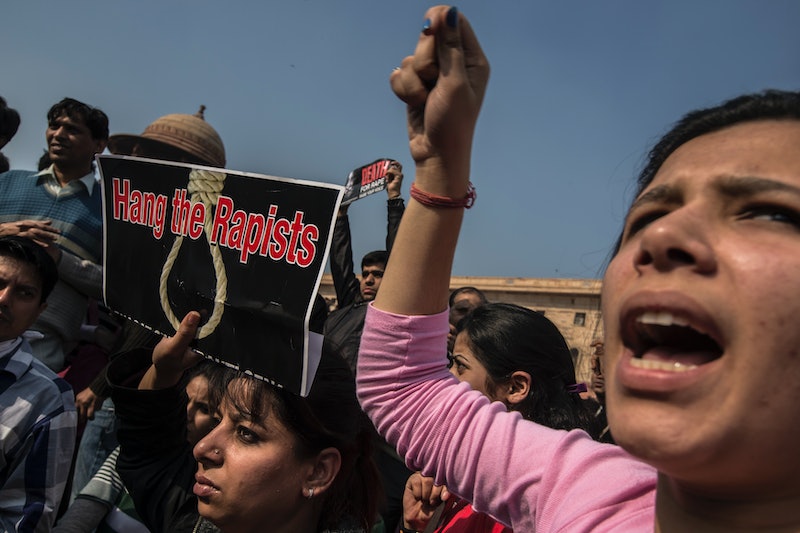 An American woman was allegedly attacked and gang-raped in northern India early Tuesday morning. The announcement comes as India desperately tries to combat its sex-crime epidemic, following several high-profile assaults on foreign tourists and a 25 percent drop in tourism this year.

The 30-year-old tourist – who cannot be named under Indian law – was hitch-hiking to meet a friend in Manali, Himachal Pradesh, when she was picked up by three men. Indian officials said that the men drove her to a secluded spot and gang-raped her. Medical tests confirmed the assault.

After the high-profile gang-rape and murder of an Indian student on a Delhi bus last December, India has increased legal penalties for sex crime. Convicted rapists now face a minimum of 20 years behind bars, and if a rape victim dies – as in the case of the Delhi student, five of whose attackers are now behind bars – then those convicted can face the death penalty. (In India, this means hanging.)

The incident may help refocus the spotlight on the need to address the prevalence of rape in the country. Indian women are sexually assaulted far more often than foreign travelers: one rape is reported in New Delhi, the country’s capital, every 18 hours. However, it is increasingly becoming a more dangerous country for female travelers. A Swiss cyclist and a South Korean tourist were allegedly raped in India earlier this year, and a British woman broke her leg in March when she jumped from a window to avoid an attack. On Saturday, an Irish woman reported being drugged and raped in Kolkata (formerly Calcutta).

Foreign tourism has decreased by a quarter since the December attack, and the number of female tourists has dropped even further, by 35 percent.