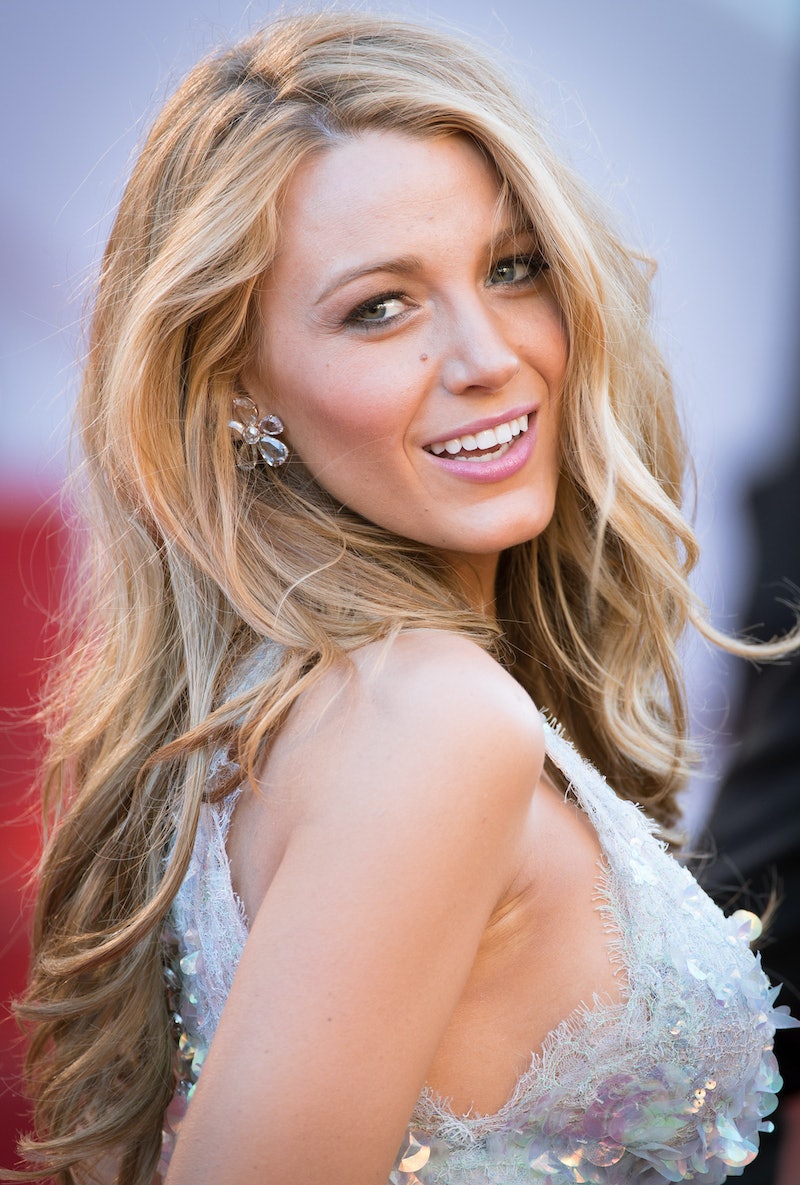 Update: After this post was published, Twitter user @kimbansky deleted the tweet containing the gender and name of Blake Lively and Ryan Reynolds' baby. Sorry Cameron and Benji, but your wedding news is being overshadowed by two beautiful humans who gave birth to another glowing human. On Monday night it was reported that Blake Lively and Ryan Reynolds welcomed a baby back in December, but any and all details remained very scarce. Well, good news! We have some more, but, again, nothing has been confirmed. According to the New York Post's Page Six, Lively and Reynolds welcomed a baby girl and named her Violet.

How did Page Six learn of the name and sex? Twitter, of course! A tweet posted by someone claiming to work at Westchester Medical Center reads, "Congrats @blakelively #blakelively glad to have you and baby girl violet in our care."

Again, nothing has been confirmed or denied, so be prepared for these details to change. Let's also take into account that this Twitter user's name is @kimbanksy. Is she legit? Is she just trying to cause a stir? (Good job, because you did.) Is she trying to be like the graffiti artist Bansky? Who knows, but I'm sure we'll find out soon enough.

With that said, this @kimbanksy aka "Sam" tweeted another tweet saying, "I think I'm in trouble." Um, if what you just revealed is true and you do work at the hospital, then, yes, you so are. Is someone getting fired? Oh, and the funny part is, she still (as of this moment) has yet to delete the other tweet revealing Lively and Reynolds' baby name! *facepalm*

If the gorgeous couple did indeed have a girl named Violet, then congratulations! The flowery name just seems so Lively, doesn't it? She's as pretty as a rose, so it makes sense that her daughter would be too.