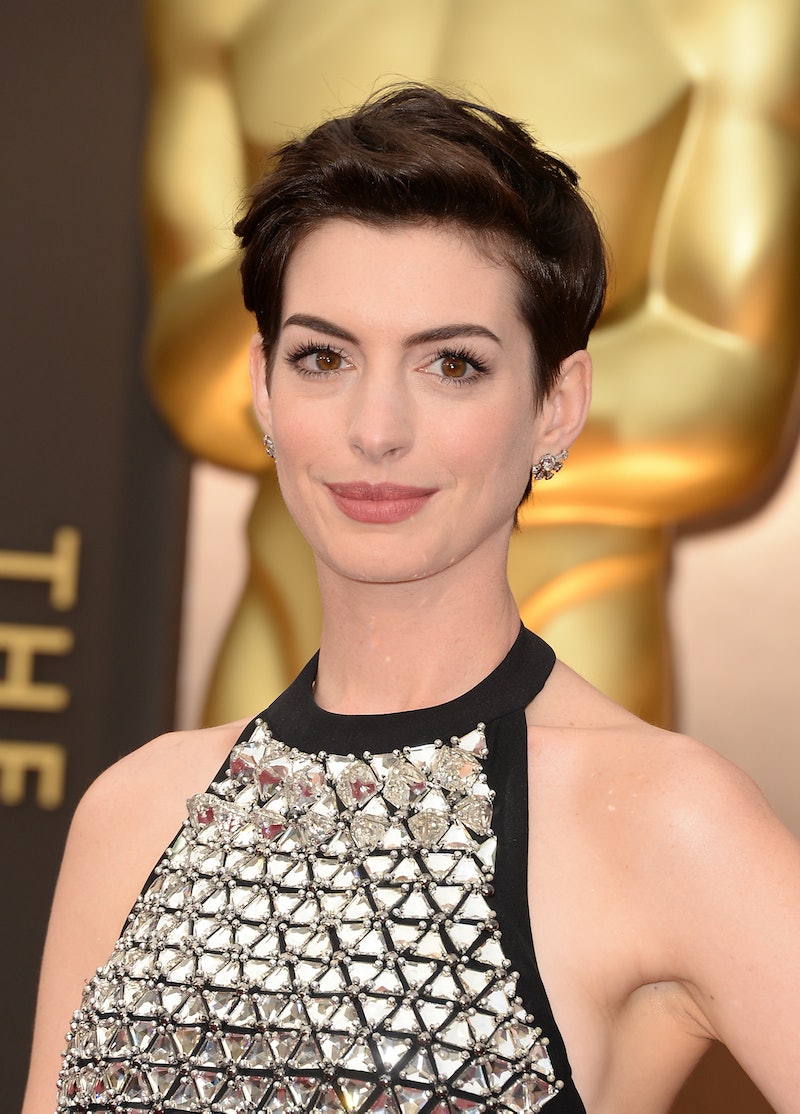 Oh, those lovable stars... They never cease to be just like us! Case in point, Anne Hathaway's New Year's Resolution is to give up drinking for a while, or, ya know, at least for January. Does this sound like the pledge you made to yourself after going too hard on Dec. 31? Yep, just about!

In an interview published on Tuesday in T Magazine, Hathaway sat down for a Q&A with journalist Taffy Brodesser-Akner. In the interview, the Interstellar actress gives Neil Patrick Harris some sound Oscar-hosting advice, reveals her opinions on vaping ("I don't judge the vape."), and opens up about her self-improvement goals for 2015. When Brodesser-Akner asks Hathaway her New Year's Resolutions, Hathaway answers, with trepidation, that her primary goal is to take a break from booze. Honey, I've been there. She says,

I have one, but I don’t want to mention it because it’s scaring me. And it has nothing to do with pregnancy. But it’s not because of a problem. It’s just because why not: I’m going to really prioritize my health this year and not drink, at least not in January. I want to take a month off.

Not gonna lie, I made the same promise about four days ago when I woke up on my friend's couch still clad in my sequin NYE clothes, with a pounding migraine and a piece of gum in my mouth I didn't remember asking for. This may mean that Hathaway likes to get a little sloppy, pay for it the next day, then swear off drinking for a while, just like you and I.

In all seriousness though, Hathaway's dry January goal makes me identify with her a little more. I've been known to imbibe heavily in my day, but every now and then I take about a month or so break from drinking to detox a little. It has nothing to do with alcohol dependency or anything else; it's just nice to have a bit of distance from the sauce. As Hathaway says, it's always a bit of a scary thing to commit to. Alcohol is, after all, the cornerstone of adult social life. But whenever I've done it, I feel much healthier, my memory is better, and my wit is quicker. Hey, I mean, why not? Experimenting with your lifestyle choices can teach you more about yourself and the way you relate to the world. Anne gets me!