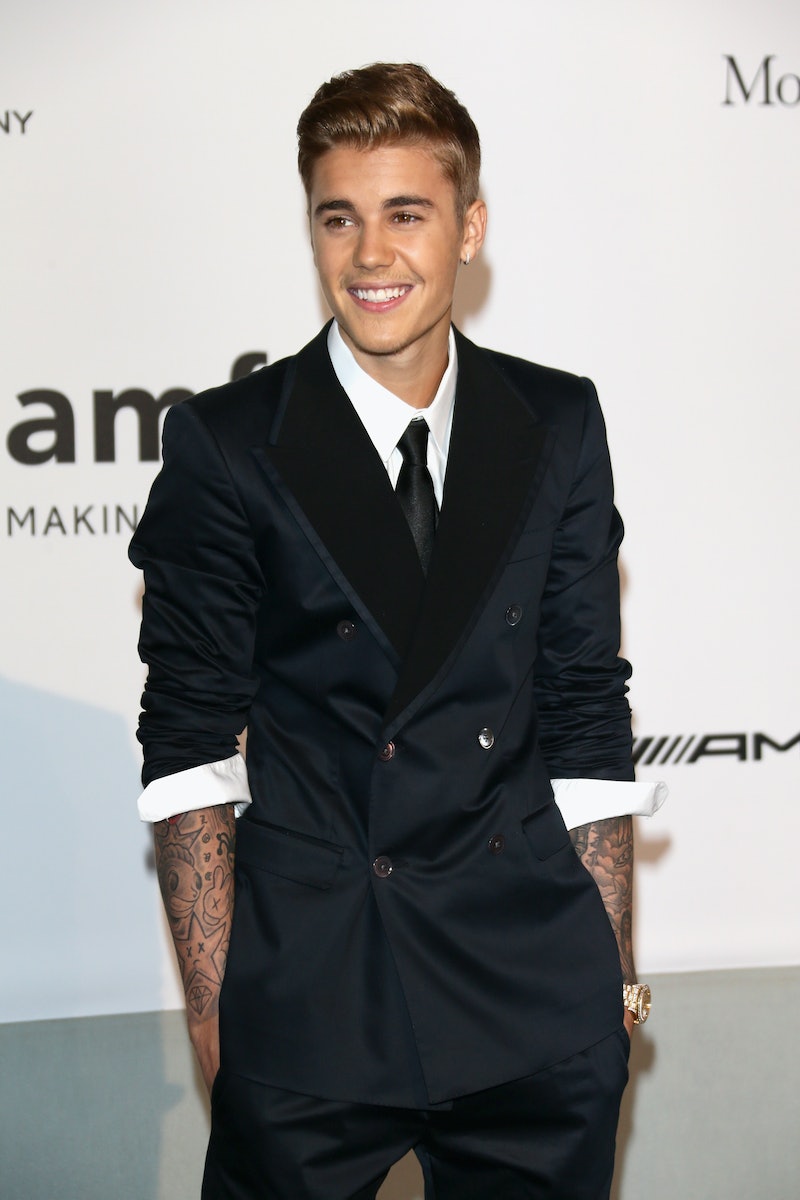 Calvin Klein briefs are officially having a moment. Following a parade of celebrities sharing photos of themselves in #theirCalvins, including Kendall Jenner, Miranda Kerr, and Iggy Azalea, the famed undergarments made popular by Mark Wahlberg are quickly climbing back up the cool scale. In the brand's latest ingenious feat to stay atop pop culture, a sneak peek of the new ad (released Tuesday) appears to show Justin Bieber drumming shirtless for Calvin Klein.

Bieber's personal obsession with the CK briefs is no secret. He has made it clear that Calvins are clearly his underwear of choice, per his countless shirtless Instagram photos revealing that acclaimed logo (see below for evidence). It looks like his prayers have finally been answered with this exciting collaboration.

While there hasn't been word from Bieber yet, the brand took to Twitter to share the exciting news, teasing the campaign video with a fitting caption reading "Drum roll...#mycalvins." The six second video features the Biebs playing the drums and cozying up to a blonde model, wearing nothing but a pair of jeans with those Calvins peeking out.

I am praying that there is more to come because six seconds is simply not enough. What will the rest bring? and who is that model? Perhaps Hailey Baldwin?? She is blonde after all...

Here are five times those Calvin Klein briefs made an appearance on Justin's Instagram.

More like this
Hailey Bieber Went Pantsless In A Hoodie By Justin's Brand Drew House
By Dominique Norman
Phoebe Dynevor Serves ‘Bridgerton’ Underboob In Stunning Floral Gown
By El Hunt
Beyoncé Wore A Golden Sheer Gown At Her VIP Dubai Concert
By Sam Ramsden
9 Valentine's Day Hairstyles For 2023 That Look So Dreamy
By Audrey Noble
Get Even More From Bustle — Sign Up For The Newsletter
From hair trends to relationship advice, our daily newsletter has everything you need to sound like a person who’s on TikTok, even if you aren’t.