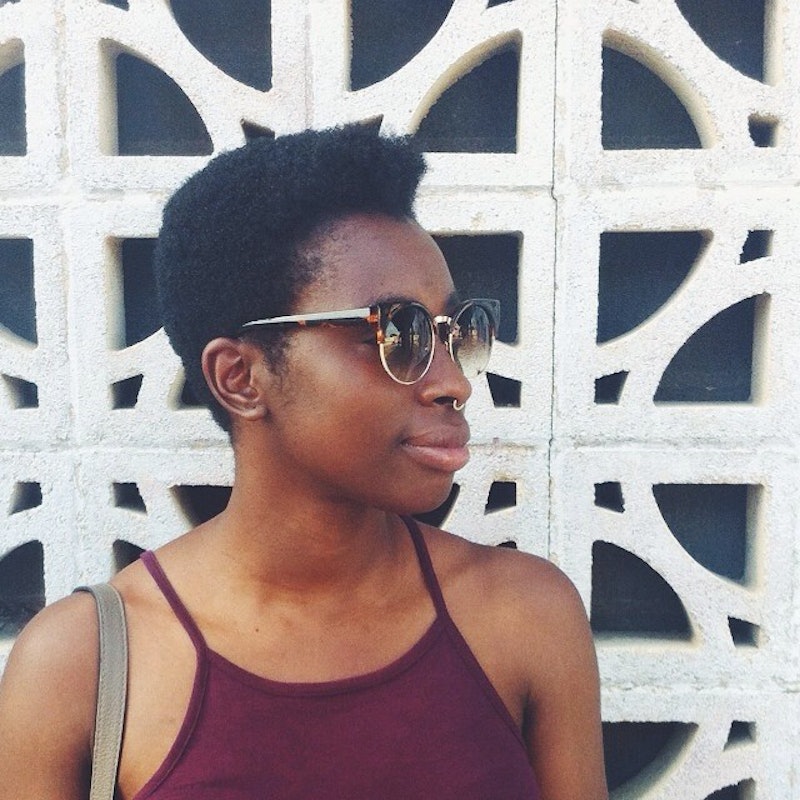 There’s a video going around of Brad Pitt pronouncing David Oyelowo’s name and I haven’t watched it because I already know he’s going to get it wrong. My family moved to the US from Nigeria in 1996, and since then I learned to live in dread of the first day of school, substitute teacher days, visits to new doctors, or any situation where a stranger will be learning my name for the first time.

By now, I can easily anticipate somebody about to butcher my name from a mile away. Just last week, I was at the mechanic to have a tire rim fixed and, as I waited for my name to be called, I saw one mechanic pick up a clipboard, glance at the name on it, and then circle back to his manager to ask about the name. “That’s me,” I thought and sure enough, when he came out, he said the make and model of my car even though all the other customers had been called by name.

My seventh grade reading teacher, months into the school year, once butchered my name so badly my crush burst out laughing. I blame her for us not working out. My name was mispronounced during both my high school and college graduations, even though I spelled it out phonetically for the announcers. I usually have to say my name more than once when I meet somebody new, occasionally resorting to just spelling it out. This has been my life for years, so I’ve pretty much seen the variety of responses to hearing and seeing my name for the first time. Most people's responses to my name fall into one of these categories.

“What does it mean?”

These people are well-meaning, but some can be a bit annoying if it’s not an inappropriate time or place to ask. I’ve had substitute teachers pause the roll call to drill me about my background. It’s cool that you want to learn about my name, but can we talk about it when we're not interrupting the class?

“How exotic! Where in Africa are you from?”

These people purport to have a similar interest in understanding my background, but they're actually just waiting for a chance to talk about the time they visited Kenya. I can tell that this is what they're waiting to say because even after I explain that I'm from Nigeria, they talk about some other African country anyway.

I admittedly nicknamed myself when I first arrived in the US. Getting accustomed to another country was stressful enough without dealing with constant hassle over my name. But I dropped it by the end of elementary school. This hasn’t stopped a few bold people from asking if they can call me something else upon meeting me.

“Do you have an easier name?”

When I was teaching in Korea, a few people mentioned that my name sounded Korean, so I decided to introduce myself with the Korean pronunciation and spelling when I met Koreans: 도인, Do-In. It made it easier for my students (who one day spelled out my name in Hangul) and other Koreans to learn my name. Which is why I was confused when I met a Korean woman who upon hearing my name asked me, “Do you have an easy, English name?” I dislike the insinuation that only English names were "easy" so I responded with, “Doyin is easy.”

I once ran into an acquaintance whose name I’d forgotten. We both admitted that we’d forgotten each other’s names and reintroduced ourselves. When I told him my name he said, “I remembered you had a crazy name.” I was shocked and I said, “My name’s not crazy.” “Well it’s not normal,” he responded. The conversation pretty much ended there. I’d just like to point out that just because a name is not English that doesn’t mean it’s “not normal.”

But they don't got it. These are the brave, confident souls who nod confidentially after hearing my name once or seeing it spelled phonetically and then promptly get it completely wrong. I’m always surprised at the alterations to my name. “Dorian” is a pretty common one. I got “Lucy” once and it was so off that I had to laugh.

I used to dread saying my name to people, but not anymore. I’ve adopted the mentality of Uzo Aduba’s mother when it comes to my name: people will deal with it.