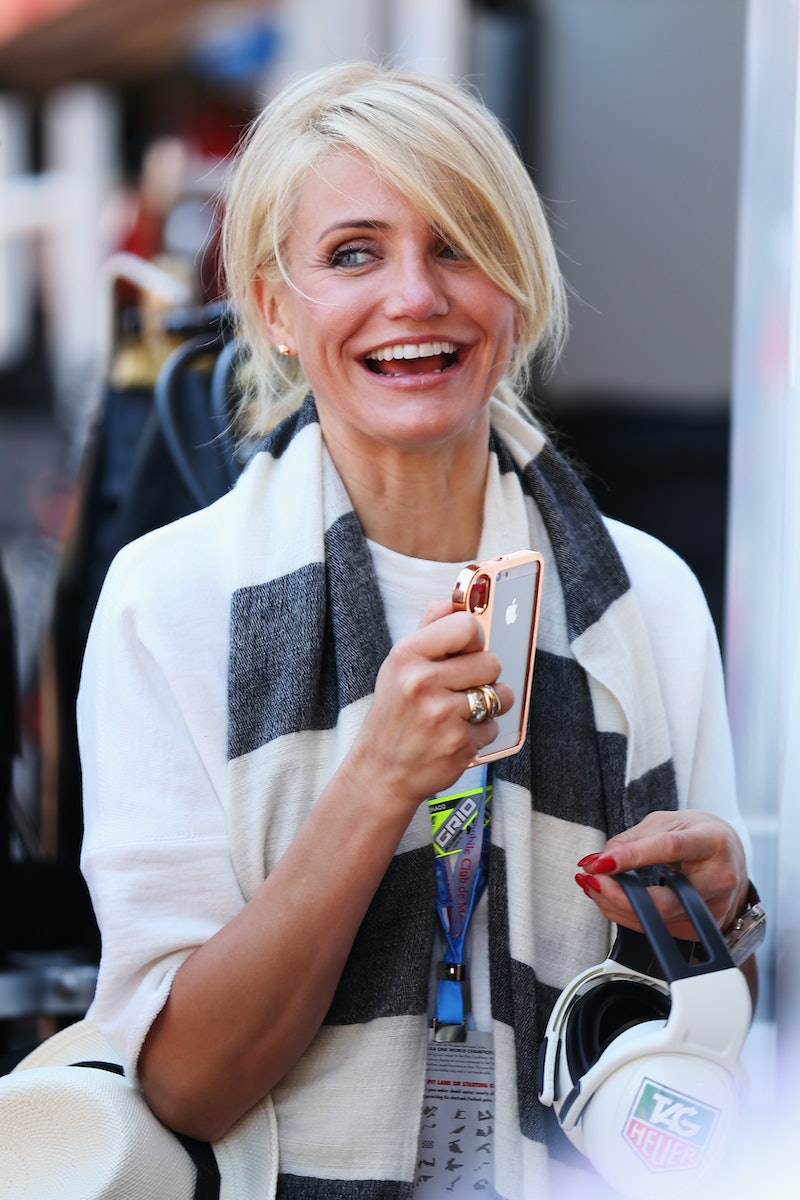 I was waiting for this rumor to start making its rounds on the Internet; I just didn't think that it would happen so soon. We all remember where we were when we found out that Cameron Diaz and Benji Madden were getting married — like, now. As in, the same day we heard they were getting married is the same day they got married in a 15 minutes star-studded ceremony. Talk about your whirlwind romances. However, now that the couple has said "I do" and left the media with nothing else to talk about, it stands to reason that Diaz is going to run into this whole thing full-throttle, right? After all, she has already backtracked on her commitment to avoiding the altar, so she may as well. However, allegedly Diaz and Madden got married because she wants a baby. Which is. Well. That happened.

"She told Benji she really wants a baby," reports E! Online. "And he said, ‘Well, marry me.' He's old-fashioned... Marriage was important to him." Yes, that's right, you guys. Diaz didn't want to get married. She just wanted a baby. It was Madden that suggested the marriage should come before the baby carriage, and thus this ceremony occurred. The source went on to say, "I definitely think she's going to get pregnant right away. I would not be surprised if they're already trying."

Well, okay. While I was waiting to hear news that Diaz had caught baby fever, I wasn't expecting it to come quite like this. And I can't honestly say that this sounds ridiculous. Prior to the rumors of her engagement, I would have said that the idea of Diaz getting married at all was ridiculous. (I would have said the same thing about George Clooney prior to Amal Alamuddin.) When the time is right, the time is right. And who am I to claim to know anything about the mindset of celebrities I have never met? Diaz might have been my Single Lady Icon, but I am still getting used to a world in which she is now instead simply my Lady Icon. How has marriage changed her? Well, it only happened on Tuesday, so who knows?

At the same time, it just seems outlandish to me that Diaz would rush into a marriage just so she could have a baby. As she herself told The Telegraph in April 2014, "If I wanted kids, at any point in life, I would have them. But I'm certain that if at any point I wanted a child, that child would find its way into my life, whether through adoption, or through being in a relationship with somebody who has a child." And I'm supposed to believe that the woman who said that would recant over a decade of commitment to being unmarried just to have a child with a man she has been dating for less than a year? That just seems crazy to me.

But, as I said, when it's right, it's right. And I can't say I know Diaz well enough to say that's completely out of character for her. She's always been the free-spirited, go with the flow of where life takes me type. And, anyway, I am not going to complain about Diaz becoming a mother because she sounds and acts like she will be the coolest mother ever. At the same time, as far as explanations for their whirlwind engagement and marriage goes, I'm hoping that this isn't the one that pans out. Let's give Diaz and Madden at least a week of being a happily married couple before the baby rumors start up, shall we?