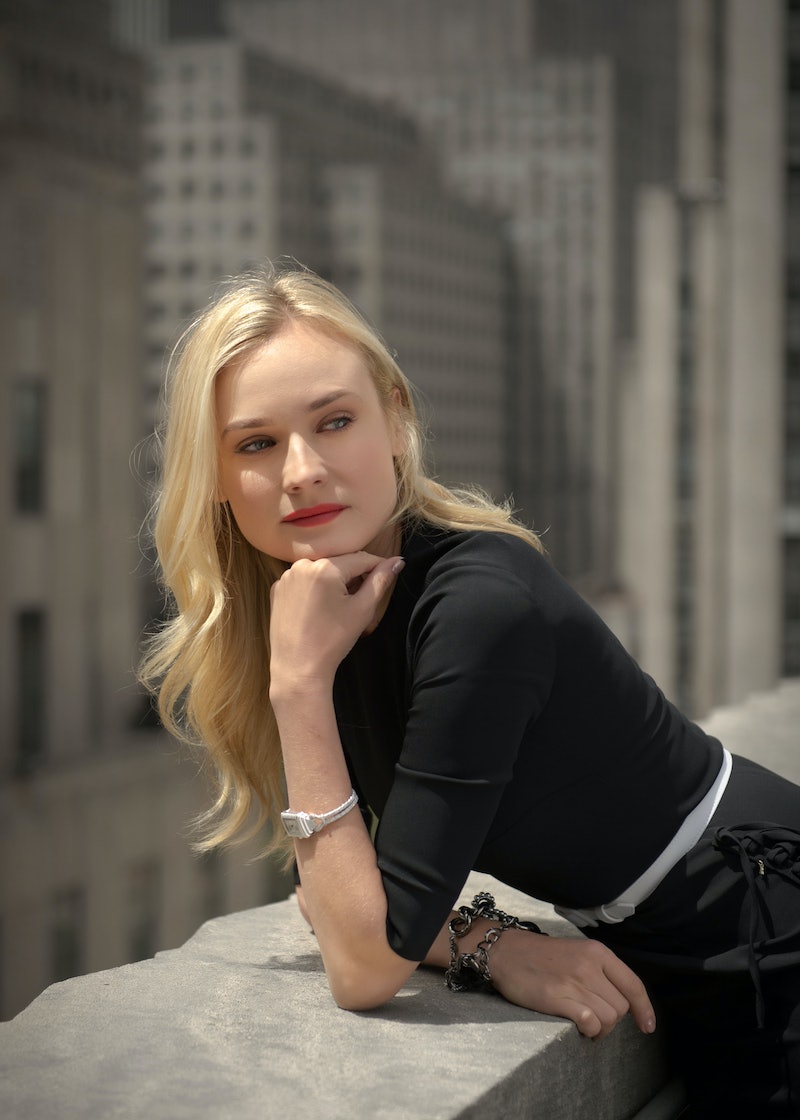 Looking "put together" is an effort. I work from home so being put together isn't much of a concern, but on the odd day when I have to step into the office or have a face-to-face meeting, I scramble to make myself look like I spent time planning to look good. Because I'm not someone who likes to spend a lot of time getting ready (I literally have my routine down to fifteen minutes), there are some habits I've picked up in order to look put together with the minimum amount of effort or strain possible. They're just simple little habits that, when all mushed together, make me look like I stepped out of a salon. Well, maybe the results aren't that good, but you know what I mean—I don't look like a hot mess. Which, ultimately, is about not feeling like a hot mess.

I'm not saying we should obsess about our looks for the benefit of other people. Being "put together" isn't about appearing a certain way (whatever look it happens to be that you're going for) for any audience; It's about feeling a certain way. When your physical being is tidy, organized, and properly moisturized, there's an undeniable mirror effect projected onto your overall mental state. In other words, we strive to look put together physically so that we might possibly feel put together mentally, and then proceed to go forth and kick ass at life.

What I'm trying to say is it doesn't always take a village. Sometimes, it just takes one girl with the will to wash herself and pull a brush through her hair. Looking put together isn't as much of a task as you might think it is. Considering that many people put a lot of effort into NOT looking put together (think Olsen twin-chic), the logic should follow that you don't need to put that much effort into looking put together (it makes sense in my head!). Here are 7 easy daily habits you can incorporate into your routine that will help you look incredibly put together.

This might seem obvious to you but there's a strange breed of people who shower before bed rather than in the morning. Don't be that person. Always shower in the morning. I realize that I'm about to spark some intense debate with this statement, but I stand by it. Team Shower In The Morning for life.

I know the "Is she an off-duty model or just a bored Soho girl?" look requires messy, partially dreadlocked, I-don't-care-about-my-matted-flyaway-hair hair and is some kind of hot look. But I promise you, 99.9% of women don't look glamorous when they attempt to pull it off—they just end up looking like a gypsy who doesn't own a hair brush. At the very least, brush your hair in the morning. If it's kicking out in a weird way and you don't have time to fix it, or it's oily and dirty and you don't have time to wash, pull it into a low pony at the nape of your neck, or a high bun. Takes 30 seconds to make your hair look presentable. (It's not hard to go from "been campin'" chic to actual chic, you guys. Give it a whirl.)

Run a Lint Roller All Over Yourself

Nothing says "I've got this" than lint-free clothing. Especially when you're wearing all black, visible white fibers are a great way to say, "This old thing? Yeah, I just got this off a pile on the floor of my bedroom/fished it back out of the laundry basket." With a lint roller, even when those things are true, no one will know. Fool everyone with the mighty power of the lint roller.

As with lint, creases in your clothes are a dead giveaway that you're struggling. For a quick fix, take your clothes into the morning shower with you and hang them up somewhere away from the water but where they will catch the steam coming off it. Better yet, use the steam function on your iron or buy a steamer (I have a travel one that only cost $20), because steaming is fast and far less arduous that ironing.

Part of looking put together is simply looking fresh. Bags under your eyes do not equal "put together"—but neither does overdone eye makeup. It's as easy as a dash of tinted moisturizer, a dot of concealer and a sweep of mascara to take yourself from "just got out of bed" to "ready for this meeting".

Women in meticulously-applied red lipstick always look so in control to me. With barely there makeup on your face, bold lipstick makes several statements: "I am here," "I know I am here," and "I cared enough about being here that I made my lips look this hot." Bright lipstick is an easy way to make an entrance without spending a great deal of time or effort. For the minute it takes to apply, it will bring back put togetherness upon you 100 fold, because lipstick is that extra little touch that just screams "I'VE GOT IT ALL WORKED OUT."