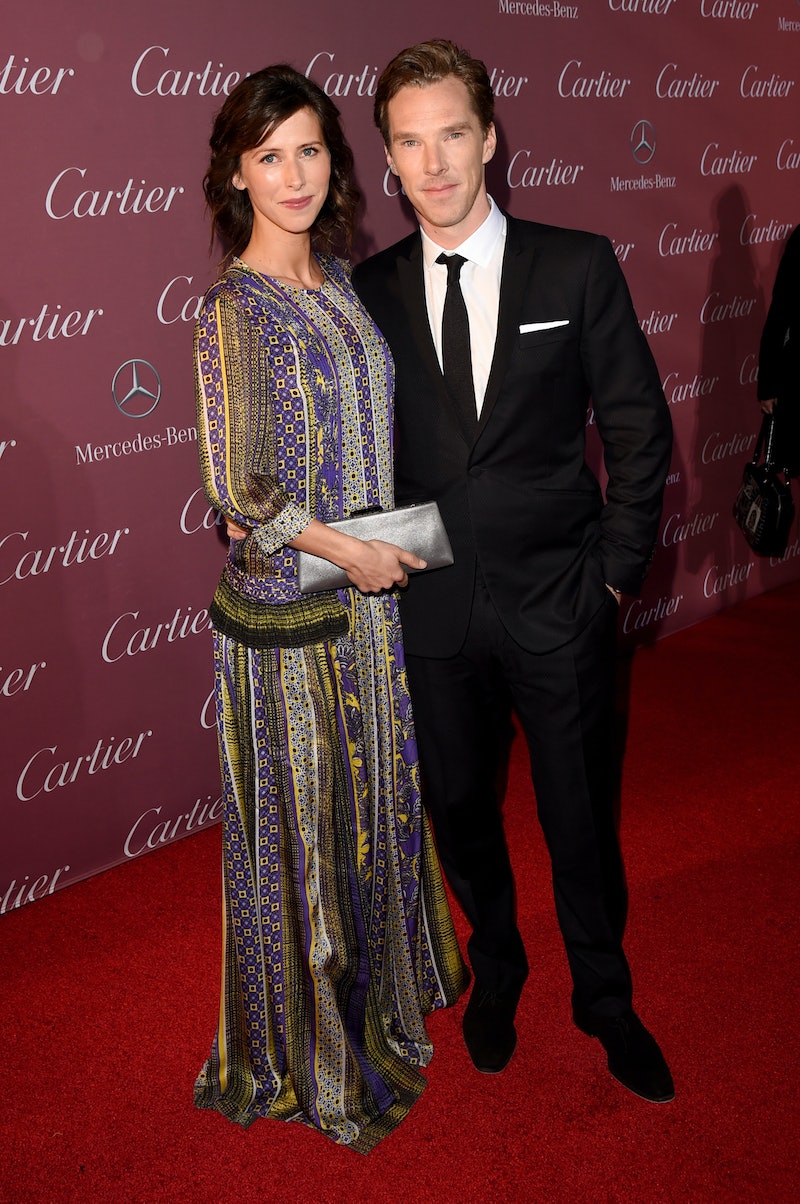 Update: Benedict Cumberbatch's fiancée, Sophie Hunter, is pregnant! His rep confirmed to People that the couple is "over the moon" about their baby on the way.

Are you ready to meet the Cumberbaby? Benedict Cumberbatch's fiancée Sophie Hunter is reportedly pregnant, and the couple couldn't be more excited about it. Page Six reports that she is a few months along and they also plan to "quietly wed in the spring." Since they announced their engagement in an adorably old-fashioned way back in November with a notice in London's Times, perhaps a wedding date will follow suit. However, Cumberbatch said he's halting wedding planning until after award season, taking "one thing at a time" for now. Notably, at the Palm Springs International Film Festival on Saturday, Hunter appeared to show a bit of a baby bump, but it was hidden behind a well-placed clutch in most photos.

The news may shock the Cumberbitches of the world, but the actor has spoken sweetly about wanting to settle down and have kids before. In an interview with the Daily Mail in 2013, he said, "I would love to have children. Everyone wants to know when I’m going to settle down and who is going to be Mrs. Cumberbatch. I can’t wait to do an interview like this and just talk about my child." Turns out that future isn't too far off. Congratulations to the happy couple!