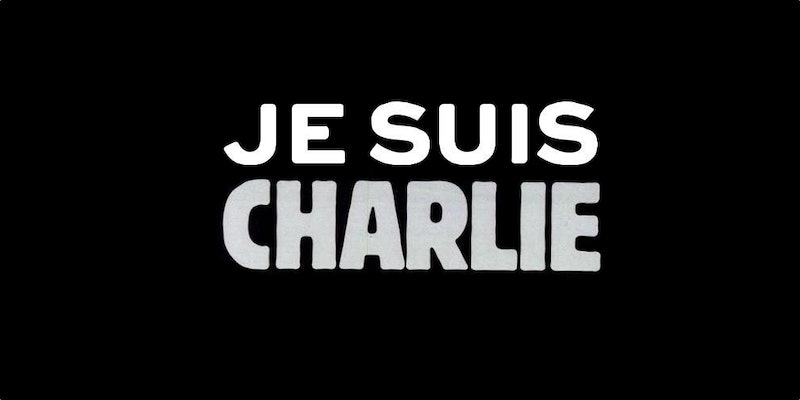 In a powerful show of support for Charlie Hebdo, the satirical French newspaper that came under savage attack Wednesday by Islamic militants apparently seeking revenge on the paper's cartoons, "Je Suis Charlie" spread like wildfire across Twitter and Facebook Wednesday morning. The phrase translates to "We are all Charlie." At least 12 people were killed in the attack, and the gunmen remain on the loose.

The French Embassy changed its Twitter avatar to the black-and-white image on Wednesday morning, and many on Twitter and Facebook changed their profile photos to the image in a show of solidarity with Charlie Hebdo. Much like "I'll Ride With You," a phrase that was widely shared on social media in the aftermath of the Sydney hostage crisis, the message is intended to make public a show of support for the victims, the newspaper, and for freedom of speech. It's thought that the satirical Islam cartoons Charlie Hebdo featured played a role in the attack, and witnesses heard the gunman yelling, "We have avenged the Prophet Muhammad."

The gunmen opened fire in the Charlie Hebdo office in Paris during the magazine's daily editorial meeting, killing several cartoonists and others, and shot and killed police officers in the street afterwards before jumping into a car and driving away. A gigantic manhunt is underway.