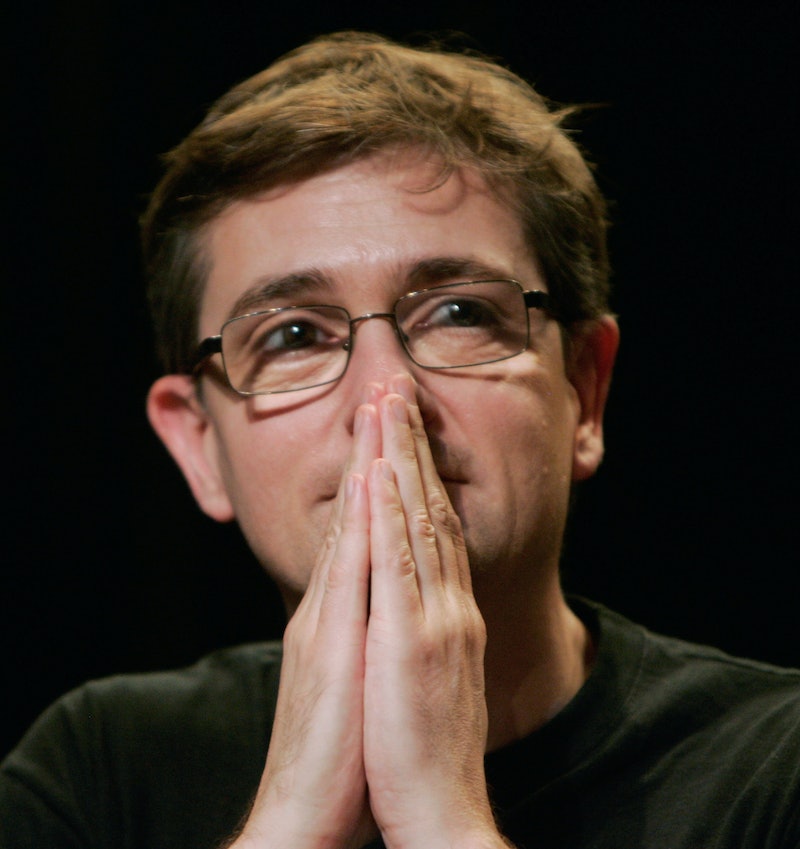 You'll have already heard about the horrible events in Paris that unfolded Wednesday — three gunmen attacked the offices of satirical newspaper Charlie Hebdo , killing 12 people. It's a horrifying event, believed to have been spurred by the paper's history of publishing cartoons depicting the Islamic prophet Muhammed, which they'd done on multiple occasions since the 2006 controversy over a Danish newspaper's caricature. And the threat of retaliation was no secret — Charlie Hebdo 's Stephane Charbonnier knew he could be killed for publishing such inflammatory content, but he did so regardless, refusing to back down in the face of such attacks.

That the paper's cartoons or general depictions of the Islamic faith may have been crude or offensive is, in this context, entirely beside the point. Fair-minded people can disagree on matters of taste, no doubt, but this much seems sure — you can't murder people for being critical of your religion, regardless of what shape it takes or what faith you believe in. Charlie Hebdo is and was, by all accounts, a publication that reveled in its ability to mock, needle and taunt on a wide variety of subjects — as The Guardian notes, they had to relaunch themselves as Charlie Hebdo in 1970 after the government shut down their original publication, Hara-Kiri Hebdo, for its mocking of deceased French President Charles de Gaulle.

At the helm of the entire operation as the paper's editor, Charbonnier knew full well that his satire of Islam had made him a high-profile target for some very violent people. In 2014, he was placed on an al Qaeda "dead or alive" list, alongside such targets as Salman Rushdie, Koran-burning Florida pastor Terry Jones, and Danish Muhammed cartoonist Lars Vilks. But he didn't stop — anyone responsible for a newspaper is going to bristle when their editorial freedom is challenged, after all, and deferring to terroristic threats is a dangerous precedent for anyone working in media.

Speaking to Al Jazeera in 2012, Charbonnier responded to the criticisms and threats over his paper's provocative content.

It's been 20 years that I am part of this newspaper, it has been 20 years that we have been quote unquote "been provocative," on many different subjects. it just so happens that every time we deal with radical Islam we have a problem and we get indignant violent reactions. ... What surprises me is the reaction of French authorities. They say that we have been irresponsible, that this is a useless provocation. We are in a country of the rule of law, we respect French law. Our only limit is French law, it is that that we have to obey. We haven't infringed French law, we have the right to use our freedom, as we understand it.

According to The Telegraph, Charbonnier paid the price for his principles on this, even before today's horrifying assault — he had been living under police protection for some time, a result of the death threats he'd received through the years. When you're featured in al Qaeda's Inspire magazine, that's usually a sign you're at risk, and French authorities clearly took the situation seriously.

But none of that mattered: Charbonnier was killed Wednesday, along with 11 others. It's possible this was a moment he'd foreseen for some time — he'd said in the past that he'd rather be killed than sacrifice his bedrock principles, in an interview with French tabloid Le Monde.

I am not afraid of retaliation. I have no kids, no wife, no car, no mortgage. It may come off as a bit arrogant but I'd rather die on my feet than live on my knees.