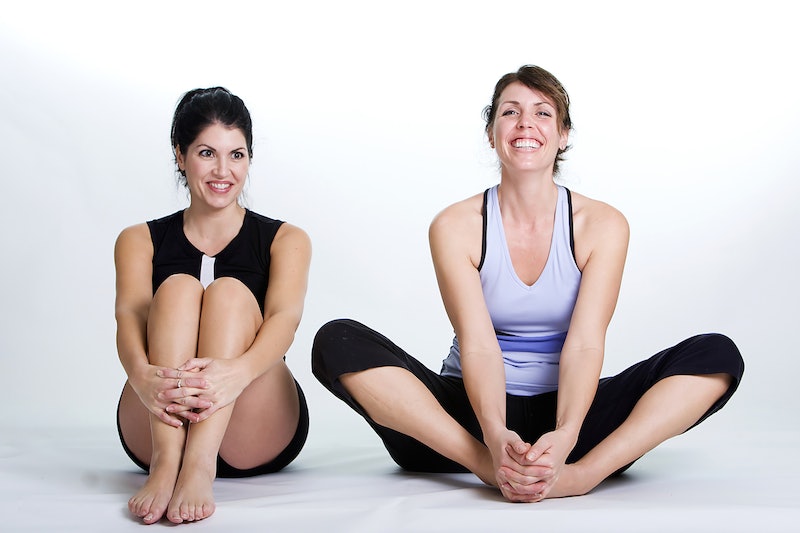 I met my husband for lunch yesterday, and it felt so luxurious being out and about in the middle of a workday. I ordered a Corona. In my attempt to squeeze a lime through the neck of the bottle, I shot beer into the air in a rainbow-shaped arc, splattering my date in the face. He made a joke about having married Mrs. Magoo, and then we both laughed. Hard. It was the best part of my day. Unsurprising, I suppose, when you consider all the emotional benefits of laughter.

If there’s one area in which I know I’m totally normal and very unspecial, it’s my affinity for laughter. You’d be hard-pressed to find someone who doesn’t relish the stress-relieving, mood-boosting, people-connecting benefits that occur right before your drink shoots from your nose. Laughter makes us feel lighter, healthier and, when we’re totally out of sorts, more human. It may even, researchers say, protect against cancer. Hence the reason I’m feeling especially pissed off at the moment.

So here's the problem. My favorite thing — the wonderful, universal, near-sacred pastime that is laughing — has been hijacked by the body police. Because clearly, we didn't have enough of that already, right guys?

A 2006 study published in the International Journal of Obesity may have launched the buzz, but do a quick Google search for laughter and weight loss, and you’ll see over a million more current results, including articles with titles like: “How to Laugh Yourself Slim,” “Laugh Yourself Skinny,” and — no kidding — “Weight Loss the Jolly Way!” Then there’s the current explosion of laughter yoga classes, which would be fine if all the participants were in it for the cathartic benefits. But I have a sneaky suspicion that burning belly fat via belly laughter is part of the incentive.

Don’t misunderstand — it’s not that I don’t believe laughing burns calories, and it’s not that I’ve been under a rock until now, blissfully unaware of the many bizarre diet tips in existence. I once had a roommate who refused to layer up in cold weather because shivering trims the waistline. And another who put Sriracha on everything — never mind her distaste for spicy food — because hot sauce boosts the metabolism. While I don’t know anyone who's tried the super-strange cotton ball and banana diets, I did once experiment with the infamous Master Cleanse... and lost nothing but my temper. Ten days running on lemonade can make a girl cranky.

So yeah: I’d like to have the no-agenda kind of laughter back, please. And not just because a normal-sized chuckle equates to a negligible calorie loss — you’d have to laugh for 15 minutes straight to burn half a kiwi — but because a good old-fashioned guffaw is supposed to be a thing of empowerment. I’m thinking of the freeing feeling you get from laughing off a bad day at the office or an especially bad date. And I’m thinking of the beautiful display of solidarity that occurred last year, when people all over the world photographed themselves laughing in public after Turkey’s Deputy Prime Minister foolishly admonished women for doing so. Laughing for weight-loss kind of pales in comparison, don't you think?

At its heart, laughter is meant to be a release. As soon as you start utilizing it for the opposite purpose — to fit some constrictive (and size-specific) mold — you’ve lost the point.

And, sadly, a whole lot more than calories.

More like this
Most Comfortable Underwear For Big Butts
By Audrey Williams
The Finger Lickin’ Good KFC x HYPE Collab Serves A Bucket Bag For Chicken
By Darshita Goyal
42 Black Owned Fashion & Beauty Brands To Support Today & Always
By Mekita Rivas, Shea Simmons, Kui Mwai and Dominique Norman
Here's Why Your Nose Runs When You Eat
By Carolyn Steber
Get Even More From Bustle — Sign Up For The Newsletter