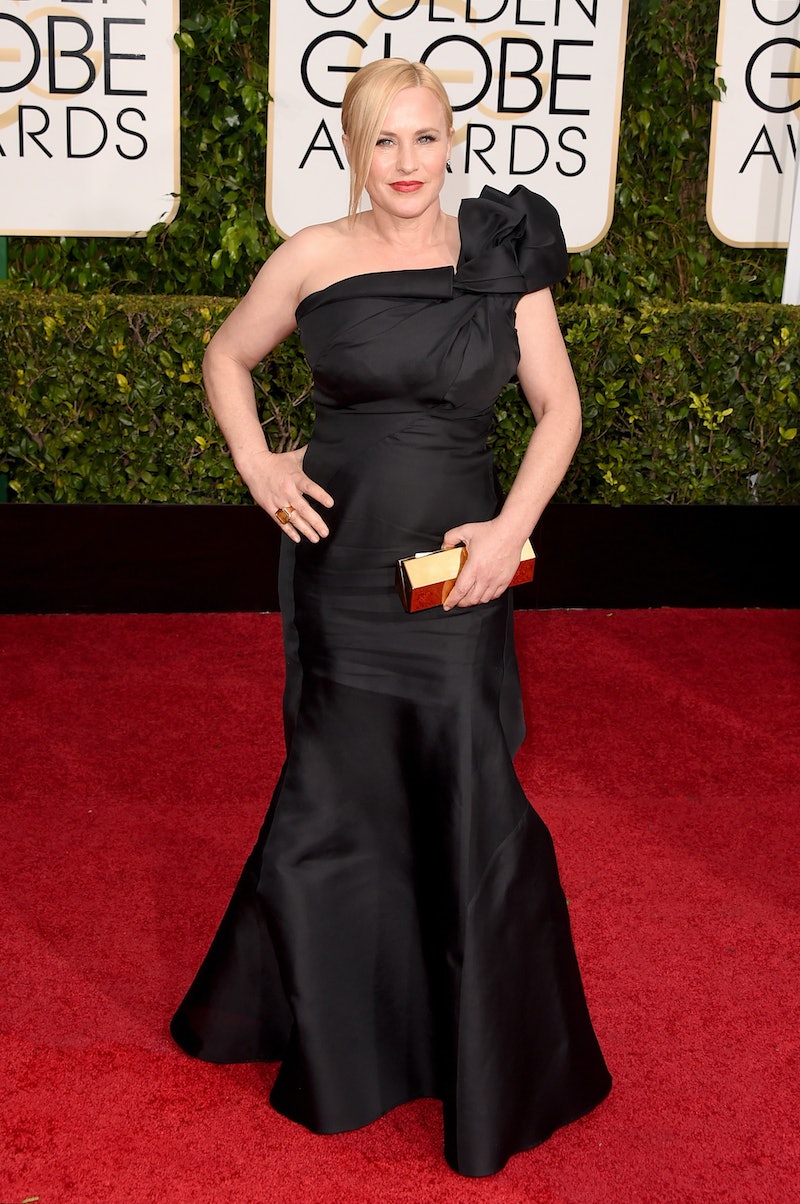 The Golden Globes love dividing nominations into seemingly unnecessary categories — why are the musicals and comedies in the same category and separate from the dramas?! — but one place that doesn't happen is in the supporting actor and actress categories. So who broke through multiple genres and nabbed the statue for Best Supporting Actress in a Motion Picture this year? Patricia Arquette took home the Golden Globe for her role in Boyhood.

Arquette was up against a strong list of talented ladies for the award including Jessica Chastain for A Most Violent Year, Keira Knightley for The Imitation Game, Emma Stone for Birdman, and Meryl Streep for Into the Woods. As for who was the frontrunner, according to USA Today, Vegas bookies, Bodava, placed the odds on Patricia Arquette back in December after nominations came out. In their predictions, Indie Wire agreed and chose Arquette, and Newsday followed suit as well. Well, looks like everyone was on point!

Accepting the Golden Globe, Arquette made sure to point out the fact that her role allowed her to honor all single mothers. She said,

You (Richard Linklater) placed in my hands the part of Olivia, an under appreciated single mother. Thank you for shining a light on this woman and the millions of women like her, and for allowing me to honor my own mother with this beautiful character.

She also thanked her fellow nominees and awesomely had this to say about Meryl Streep: "And Meryl, thank you for giving me a hug. I hope your DNA transferred to me."

This was Arquette's fourth Golden Globe nomination and first win. Her first three nominations were for Best Actress in a Television Show, Drama for Medium. Check out her speech in full below: