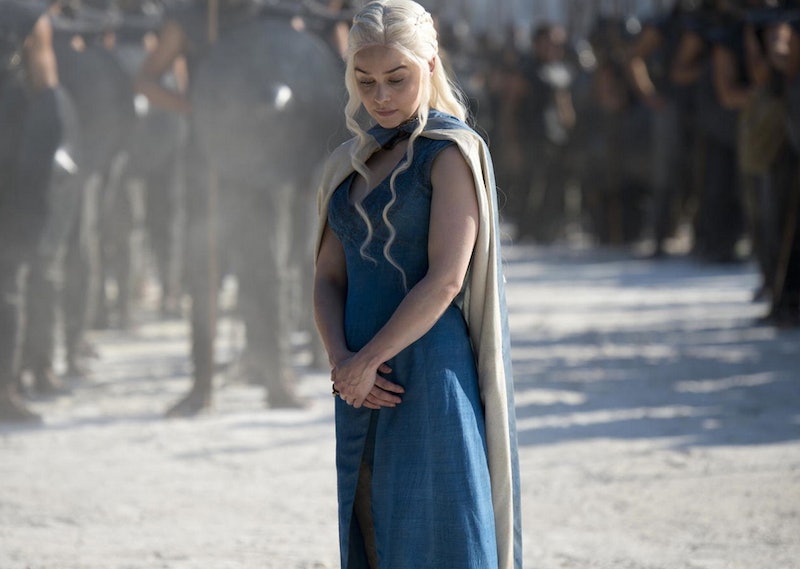 Bless the passing of the holiday season, for it means we are in the (still too long) stretch to our favorite cable shows returning to the land of the living. And a great many of those live on HBO, which just announced when Game Of Thrones, Veep, Silicon Valley and more are premiering their new seasons. We've still got to wait 'til winter winds down, but at least there's a light at the end of this wintry tunnel.

The announcement came at the Television Critics Association Thursday, and revealed that Thrones, Veep, and Silicon Valley will all be returning on the same night — Sunday, April 12.

Basically these new shows are waiting for the ones about to make their HBO premieres/returns to wind down: Girls, Looking, and Togetherness all begin airing Sunday, January 11 — the same night as the Golden Globes. It will be the Season 4 premiere of Girls, the season 2 premiere of Looking, and the series premiere of the Mark Duplass-, Melanie Lynsky-starring Togetherness. Thrones, Veep, and Silicon Valley will land back in our lives the week following the finales of the trio of shows making their debut this Sunday.

Meanwhile, I will be waiting very impatiently for HBO to get on releasing an actual trailer for Game Of Thrones Season 5.