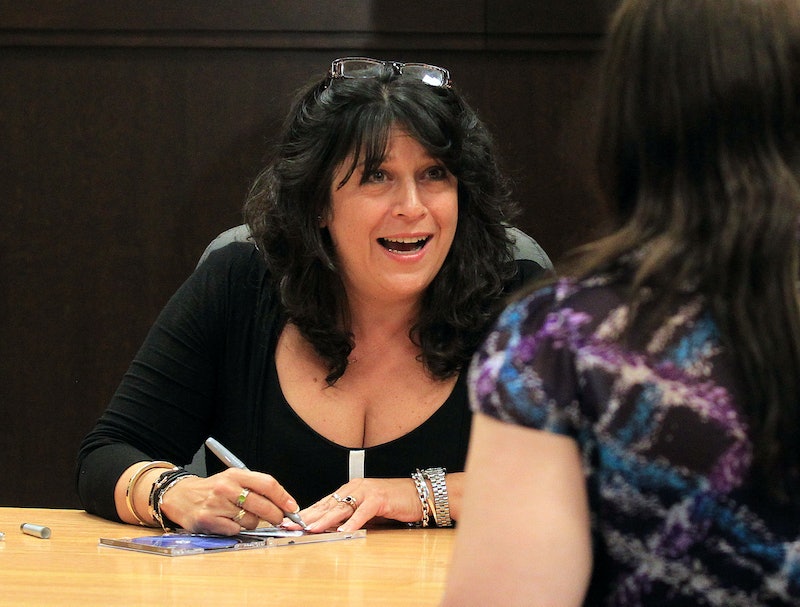 Fanfiction is having a moment. What used to be a source of embarrassment and Internet browser history-clearing has slowly — inch by inch — been rising in public consciousness. The surprising part, though, isn’t that it’s becoming popular (anyone who has spent a few moments on tumblr can see that the blogging site is a platform made for fueling fandom), but that fanfic is evolving as a medium — and more specifically, it’s becoming lucrative.

MOTU was originally hosted on fanfiction.net (the fan fiction mecca of the Web), but was taken down due to terms of service violations (scenes of forcible tampon removal aren’t really allowed on ff.net). At that time, what would be the first 50SOG book had more than 30,000 reviews. It doesn’t seem like a giant leap of logic on James’ part to try to get people to pay for her work, but she was one of the first to do it, and one of the most successful.

Since then, publishers have tried to access what they see as an unmined wellspring of opportunity in fan fiction writers. This includes offering 16-year-old Emily Baker a book deal based on her One Direction fanfic, Loving the Band. Obviously, the boys’ names have all been scrubbed — the two main love interests are now “Shaq” and ”Riley”. Like James, Baker has a loyal fan base that no doubt attracted the Penguin editor that solicited her.

After all, when fanfic is good, it’s really good — and the fall catalogs for publishing houses are reflecting that. Proving that everything old is new again, the upcoming releases of Havisham by Ronald Frame (Picador, November) and A True Novel by Minae Mizumura (Other Press, November) find their source material in Great Expectations and Wuthering Heights, respectively. Havisham expands of the background of — you guessed it — Ms. Havisham. This is the same technique that made Harry Potter fan fiction that focused on the founders (Godric Gryffindor & co.) a successful subgenre. Similarly, A True Novel transplants Wuthering Heights into New York in the 1960s. In fan fiction, it'd be called a Wuthering Heights AU, or "alternate universe".

It’s becoming clear that fan fiction can be seen as legitimate, and legitimately good, writing. But the world of fanfic isn’t just sunshine and book advances. Shey Stahl, a self-published author, has been accused of lifting passages from the Twilight fan fiction Dusty , which has almost eight thousand reviews. If the accusations of plagiarism are true, it’s terrible for the authors of Dusty, of course — but it also points to the growing recognition of fan fiction as “respectable” writing. Stahl's alleged actions are indicative of shifting attitudes towards writing on the Internet; presumably, you’d only want to plagiarize the best, and in this case, that was fan fiction.

As the stigma fades from fan fiction, we'll undoubtedly see more of it in "traditional" publishing venues, and probably a few more filthy rich authors because of it. So, don't despair if your fan fiction comes up whenever someone Googles you — you could be on your way to literary acclaim and a big fat check.