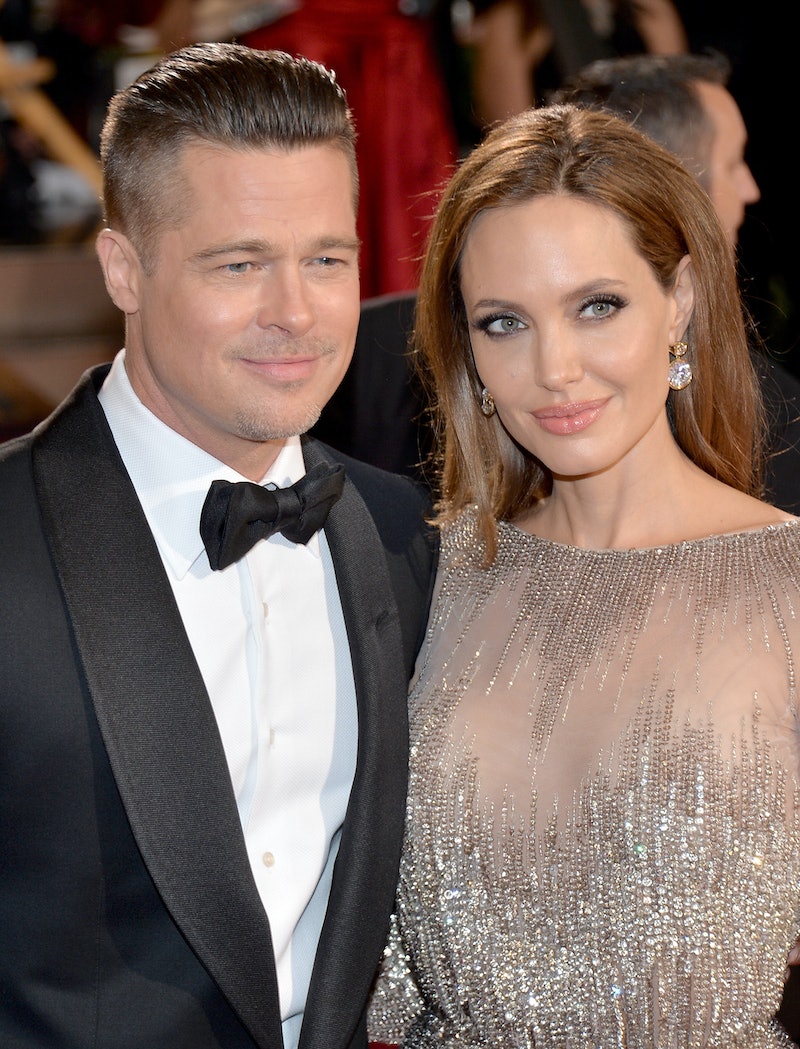 Whoa. Hold the phone. We've all been duped into believing Brad Pitt and Angelina Jolie's wedding in France was their first one, but the Unbroken director is clearing the air. That's right, Jolie and Pitt married in California before heading to France for their super-secret nuptials. Say what?

In an interview with Italian magazine lo Donna, Jolie gushed that before saying "I do" last summer, the couple tied the knot in the states. Jolie explained,

Before the wedding in France with the kids, Brad and I were already married in California. As Americans, we couldn't marry legally in France.

I guess that makes sense, right? I feel like that's something we should have realized much sooner. If you're an American citizen, you most likely can't marry in a foreign country legally. I'm very disappointed in my detective skills and should have caught on to this tiny, but important, detail, especially since they obtained a marriage license in California. I'm slacking in my old age. I kid. I kid. If you, however, realized this before Jolie chatted with the magazine, then I applaud you.

Jolie also opened up about their first wedding day, which wasn't anything fancy and very simple. She told lo Donna,

One day I said to Brad, "Let's meet up at 4:30 pm?" I called a justice of the peace and we signed the documents.

As for their second wedding, Brangelina wed in a private ceremony at a small chapel in Chateau Miraval, France. Of course, all of their children were involved in the wedding, while close family and friends were in attendance.

So, Jolie and Pitt managed to keep TWO weddings a secret. Good for them.

More like this
These Adorable Kourtney & Travis Moments Led Them To The Altar In Italy
By Bustle Editors
JoJo Fletcher & Jordan Rodgers Got Married In A “Playful & Fun” Wedding
By Grace Wehniainen
Kourtney Kardashian & Travis Barker Are Married – Officially
By Sophie McEvoy
Who Is Winona Ryder Dating? She Brought Him To The 'Strangers Things 4' Premiere
By S. Atkinson
Get Even More From Bustle — Sign Up For The Newsletter