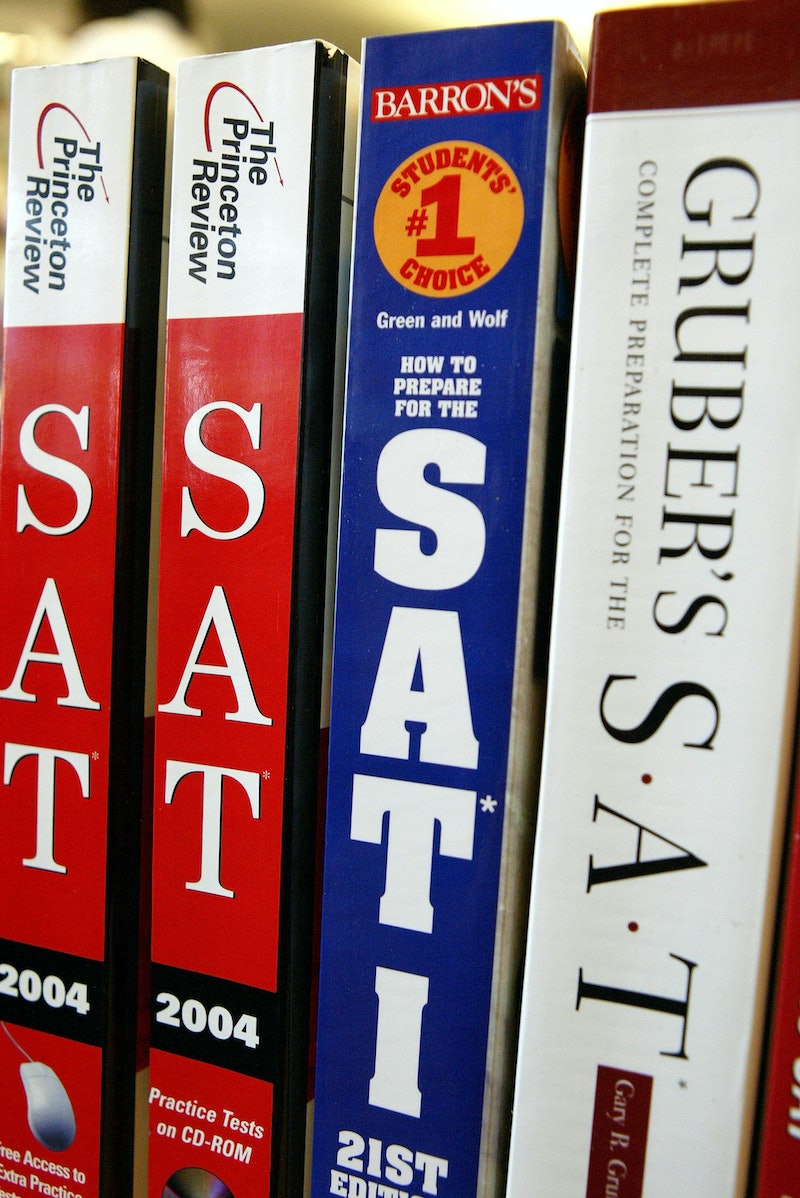 According to this year's crop of of standardized test scores, it looks like high school kids aren't all that prepared for the rigors of college academics.

According to a new report by The College Board, the organization that administers the dreaded right-of-passage SAT test, only 43 percent of test takers in the class of 2013 got a score that indicates that they're prepared to succeed during their freshman year of college. That number has remained stagnant over the past few years.

And as for the alternative ACT test? The numbers there are even more dismal. According to the Iowa-based ACT, only 26 percent of high school kids taking the test, which covers English, science, reading and math, got scores that suggest they're ready to hit the ground running at their college of choice. For ACT takers, that's actually an improvement, up from 25 percent in 2012 and 23 percent five years ago.

Average reading scores for the SAT were 496, a drop of one point from 2011. And average math scores were 514, the same as they have been for the past three years. For the more recently added writing section, average scores this year were 488, down one point for 2011.

In 2013, 494 people showed everyone else up and got a perfect score. They represented less than one-third of one percent of test takers.

The breakdown of results for test takers for both exams showed familiar tropes. Minority and low-income students tended to do more poorly than their white and Asian counterparts, but showed some improvement from previous years. Men performed better when it came to the reading and math sections, while women surpassed them in writing.

Still, all in all, it is a dismal report for college-bound students. In the report, the Board wrote, "With our country struggling to compete in a global marketplace and millions of skilled jobs left unfilled here at home, it is essential to ensure that our students are prepared for college and careers."

Echoing those sentiments College Board President David Coleman said that the stagnation in achievement on the test was a "call to action."

Kids these days. Too busy twerking.