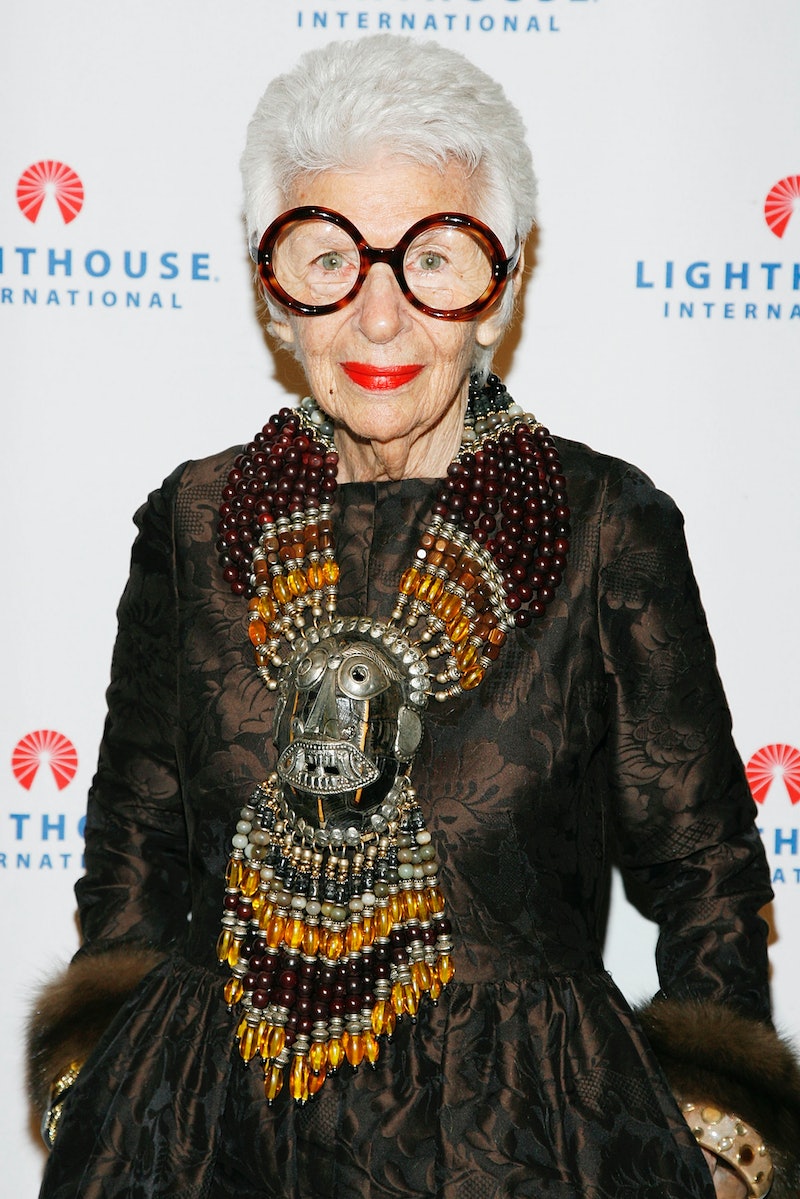 No one can deny spring's fashion campaigns are some of the best we've seen. From Joan Didion for Céline to Joni Mitchell for Saint Laurent, age is defying fashion industry standard's this season, but the latest ad takes it even further. Alexis Bittar cast Iris Apfel and Tavi Gevinson for their Spring 2015 campaign, so the side-by-side stars will have 75 years between them. And they are both so fantastic.

The New York based jewelry designer's campaign is surprising, but proves that the designs are truly ageless. The eccentric 93-year-old Apfel stars alongside Gevison, who is just 18-years-old. The ads were shot by Terry Tsiolis and are intended to defy the industry's ageism and rigid standards of beauty in modeling and advertising. “In terms of the fashion industry, we’re selling to women who are predominantly over 35, but we’re showing them images of girls who are 19 and retouched,” Bittar said.

These two ladies are very different, in more ways than age. Apfel is a fashion icon, Gevison is a blogger-turned-magazine-editor-turned-actress, but they are alike in that they are nonconformists; they are strong and individual. The full campaign doesn't debut until February, but the first image certainly hones in on their equally unique and fabulous styles, and proves that age is truly only a number.