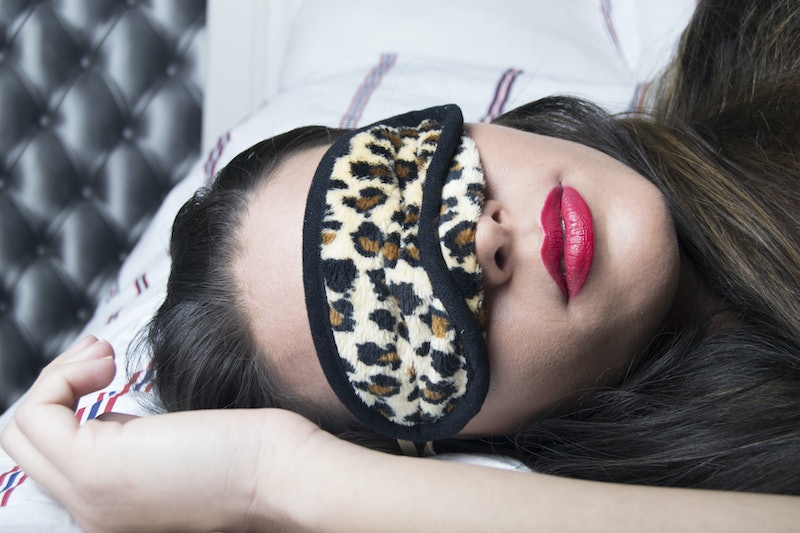 Even if you're the most chill person on the planet, which I most definitely am not, chances are pretty high that you've had at least one anxiety dream where you're being chased but can't seem to get your limbs moving fast enough to get away. If you've ever wondered why you run so slowly in dreams, a recent study has shown that it's because dreams actually occur in slow-motion the whole time. I guess you can stop cursing your dream self for not working out more now, although I'm not sure what else Dream-Me has to do while I'm awake all day. Clearly she's as lazy as the real thing.

Daniel Erlacher, a professor at the University of Bern, conducted the study using lucid dreamers, who can control their dream environments, as the subjects, Mashable reports. Researchers asked the dreamers to mark time using prearranged eye movements. The volunteers then either simply marked time while dreaming, walked 10 steps, or performed a gymnastics routine that took the same amount of time as walking 10 steps, all while recording time using the eye movements. There's no word on whether they advertised the experiment by saying people would basically be taking part in Inception-style science, but I have my suspicions.

When the time it took to walk or do gymnastics in the dream was compared to how long it took in real life, researchers found that while everything took longer in the dream state, "significant differences were found only for the tasks with motor activity (walking and gymnastics)." Specifically, the tasks took 50 percent longer than they would while awake. The researchers hypothesized this was due to your brain working more slowly while you're asleep, although other people have their own explanations.

"Your legs represent your fundamental drive as you push yourself forward through life," [dream psychologist Ian Wallace] explains [to Mashable]. "If you feel that your legs are moving slowly, then you feel that there is something resisting your progress in waking life."

So, if you're into dream interpretation, you're running so slowly because you're being held back in real life... which is pretty depressing. Whether or not you believe in that kind of thing, this study is still pretty cool stuff. Between being able to control your dreams and being able to have an orgasm while you're asleep, this whole lucid dreaming thing sounds awesome. Maybe next time I'll be able to keep my glasses from breaking halfway through, leaving me running in slow-mo and blind as a bat. What, does nobody else dream that kind of thing?