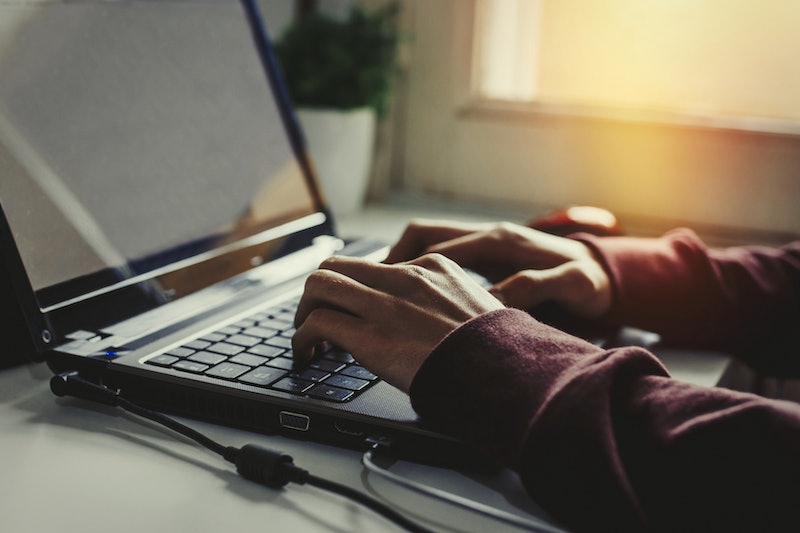 This week, a man calling himself "Sleepless in Austin" has drawn some attention for a little dating ad he created online. It seems Mr. Austin is so intent on finding the thin, non-promiscuous, childless, good-hearted white woman of his dreams that he's created a website (sleeplessinaustin.com) and is offering a $1,500 "finder's fee" to anyone who makes the connect.

Austin's ad has produced a bevy of not-unwarranted snarking. But dude (real name Larry Busby) is far from the worst douchily picky scumbag combing the world wide web for love. Let's put Mr. Busby in a little context, shall we? Sure, he's a racist prick who seems to think women are property, but at least he's not trying to sell someone else's baby. In the grand scheme of recent personal ad disasters gone public, Sleepless in Austin falls somewhere in the middle of the pack.

Recent Disastrous Personal Ads from Least to Most Awful

6. These two guys just want to help a damsel in distress. I mean, we all know ladies can't put together Ikea furniture on their own, right? They'll help you build that Svelvik day bed, and in return you just pay them "in any way you see fit." First, you have to prove you're a chick via Skype though, because how gay would it be to assemble a dresser for some dude? P.S. They both have "flot stomachs."

5. Another altruistic gent here. He follows the news. He knows that "times are tough." You might even have a broken laptop you can't afford to fix. Never fear! He will fix that broken computer for you as long as "you fix" him. Get it? If he can't fix the computer, you don't even owe him anything! He should be commended by the Better Business Bureau.

4. Some people just know exactly what they want, you know? And what this Craigslist poster wants is to have sex with "a pregnant girl or girls," especially "ones in tight little yoga pants showing off all the curves and features." Aside from that, he doesn't even care how old or what race you are. P.S. He has a camera phone!!!!!

3. Sleepless in Austin. Maybe he should try offering to assemble some Ikea furniture? Only white furniture, though. And only under 130 pounds. No curio cabinets.

2. This "nice, mature gentleman" guarantees that he's better than 99 percent of what you'll find in the dating pool. He has a college degree, a house, a car, even an income! What he wants is a "good girl for friendship and romance," and he promises he'll treat her very well. In return, all he demands is that she be "worthy," "deserving" and read through a 28-item FAQ he created about himself. Oh, and no pregnant chicks or women over 27 need apply.

And the #1 Craigslist Douchebag award goes to...Actually, it's a tie.

1. This man, who tried to use Craigslist to find men to rape his wife.

1. This man who recently tried to sell his girlfriend's 2-month old baby on Craigslist. Reason? It was taking her attention away from him, of course. The creeptastic ad describes the child like you might a kitten or turtle: "She loves to play nd have her little fun but there is only 1 problem, the doctor said that she has asthma nd if she turns a certain way she can stop breathing, she’s really getting on my nerves nd I don’t want her Please email me."

Amazingly, there were actually takers. #KillTheInternet