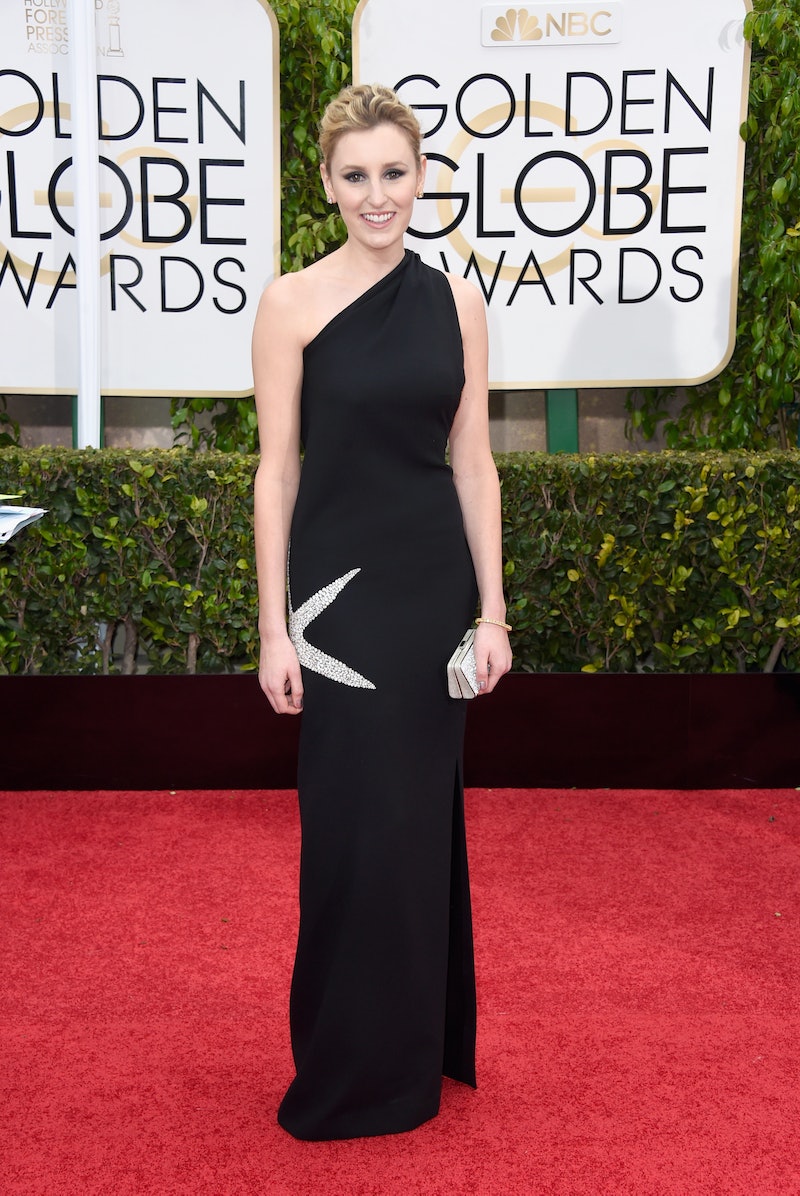 Even though the show has been on for years now, it's still very strange to see the Downton Abbey cast in real life. We've all grown to expect turn of the century glamour from the Grantham clan, wearing clothes fit for standing by hearth's edge and discussing the economic ramifications of World War I, so when they're in modern 2015 duds, it's still somewhat of a brain melt. And the Downton cast on the 2015 Golden Globes red carpet is no exception — it's mind-blowing to see Laura Carmichael (Lady Edith!) and Joanne Froggatt (Anna Bates!) in today's setting.

Because, like, where are the draping pearls, the perfectly coiffed and curled up 'dos, the beaded shawls, and the gosh darn brandy sniffers.

Downton Abbey is nominated for Best Drama series, and Froggatt is nominated for Best Supporting Actress in a Series, Mini-Series, or TV Movie, so it's no wonder that the Downton fam is filing in to support their show and their Mrs. Bates. Will the BBC series win the big award over fellow nominees The Affair, The Good Wife, Game of Thrones, and Netflix's House of Cards? It's unlikely, but hey, you never know. If anything, they should win for Most Intriguing Cast to Look at on the Red Carpet.

Here's Froggatt at a pre-Globes party:

And after taking home the prize: