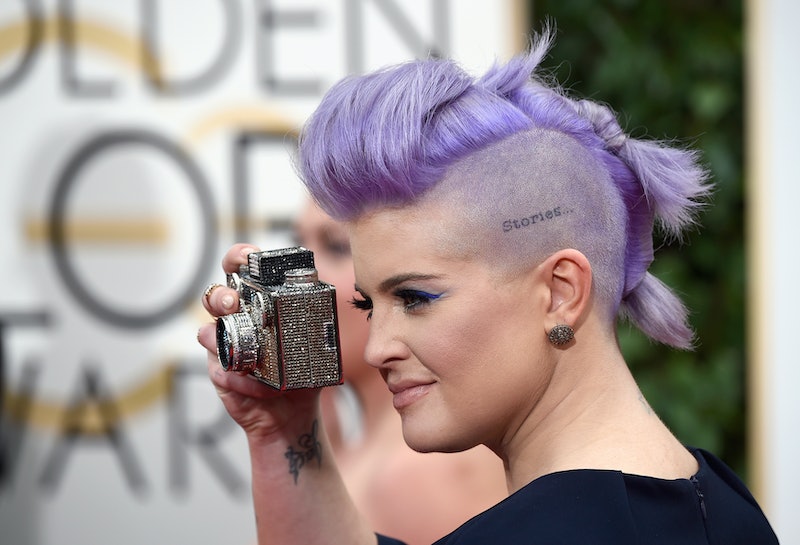 We've now reached the age where the selfie is king, and nowhere has this been more clear than at Sunday night's 72nd Golden Globe awards when E! network unveiled their selfie stick at the Golden Globes red carpet alongside their other red carpet staples, like the mani cam and the stiletto cam. And the man behind the stick was obviously none other than Ryan Seacrest himself, who used the newly popular invention to bother celebrities and take pictures of himself on the red carpet at the beginning of E!'s coverage of the Globes. I think it's safe to say that Seacrest with a selfie stick is basically the sign of a descent into madness as E! just continues to unveil strange new inventions. Thankfully, the clutch cam did not make an appearance at the Globes carpet after Sarah Silverman displayed her weed stash and paraphernalia on the clutch cam at the Emmys red carpet in 2014.

But the selfie stick is actually not the worst idea in the world. In fact, it could be a really fun replacement for the mani cam and the stiletto cam in the future. Both of these cams are usually really awkward to watch because let's face it, most of the times the celebrities who participate never know how to "strut" their hands down the mani cam runway or strut their shoes off on the stiletto cam. But a selfie ... 99 percent of celebs are familiar with selfies.

Plus, manicures and shoes come and go, but selfies are here to stay, at least for now. They're definitely the way to capture a memory nowadays. But many people on social media definitely aren't pleased with Seacrest being in charge of the selfie stick this year. TV Guide joined the movement against Seacrest's selfie stick handling:

Some people weren't surprised by the selfie stick in Seacrest's hand at all:

And of course there were people who just couldn't understand Seacrest's many decisions:

And the ones who just couldn't deal:

More like this
Elizabeth Olsen's Chris Evans Friendship Update Was Accidentally Hilarious
By Grace Wehniainen
Grey's Anatomy Fans Are Worried They Figured Out The Sad Reason Japril Returns
By Brad Witter
Hayden Panettiere Will Return For 'Scream 6': "We F*cking Won, Scream Fam"
By Jack Irvin and Jake Viswanath
Lilibet & Archie Shared A Playdate With A Famous British Celeb’s Kids
By Bustle UK
Get Even More From Bustle — Sign Up For The Newsletter