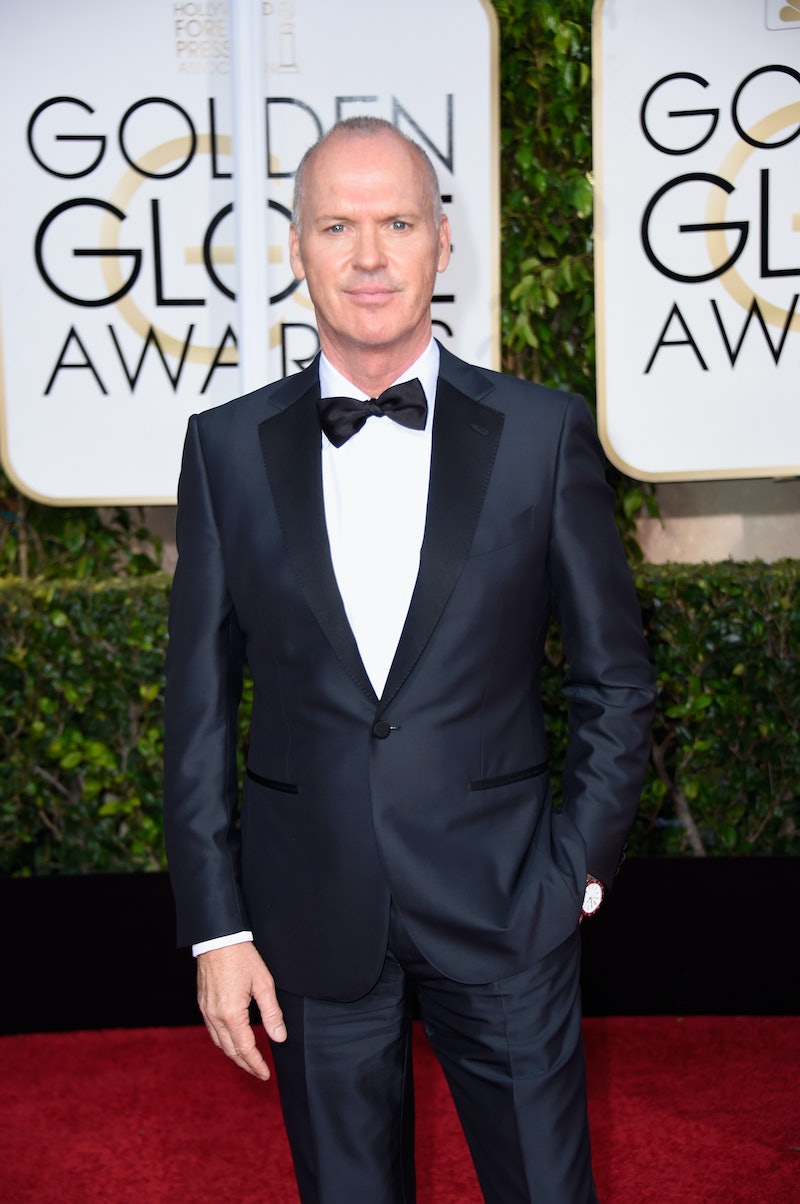 Michael Keaton plays a lot of different parts in Birdman or (The Unexpected Virtue of Ignorance). He plays a has-been actor named Riggin Thomson trying to revive his career from being known as a comic-book hero named Birdman to being a Broadway star. He plays the hallucination of Birdman that Riggin sees and hears occasionally, often making him look just a little mad. And he also plays the role of a not-so-great father to his estranged daughter (turned assistant) named Sam (played by Emma Stone). In real life, Keaton just took home a statue for playing Riggin's many roles at the Golden Globe Awards on Sunday night and, during his speech, Michael Keaton thanked his son Sean Douglas, who is an accomplished songwriter — and pretty hot, too.

Keaton called Sean his "best friend" during his speech accepting the Globe for Best Actor in a Comedy or Musical. "My best friend is kind, intelligent, funny, talented, considerate, thoughtful — did I say kind?" Keaton said before tearing up. "He also happens to be my son, Sean. I love you with all my heart, buddy." Sean is the only son of Keaton, whose real name is Michael John Douglas, and Caroline McWilliams, who were married from 1982 until 1990.

Now here's the thing about Sean — he's hot, he's a songwriter, and you've definitely heard his work before. Sean is a hitmaker for Warner/Chappell Music and has written the following songs that have dominated the airwaves: "Talk Dirty" by Jason Derulo and 2Chainz, "Wiggle" by Jason Derulo and Snoop Dogg, and "Heart Attack" by Demi Lovato. Seriously. Batman's son made wiggle a thing, but Sean is also super proud of his dad for Birdman , according to his Instagram account. Aww.

Once Keaton uttered Sean's name and the camera panned over to Sean, naturally, Twitter was all about it. Including Mindy Kaling, my personal favorite.

Want a second glimpse of Sean or to relive the feels of Keaton's touching speech? Check out the video below.