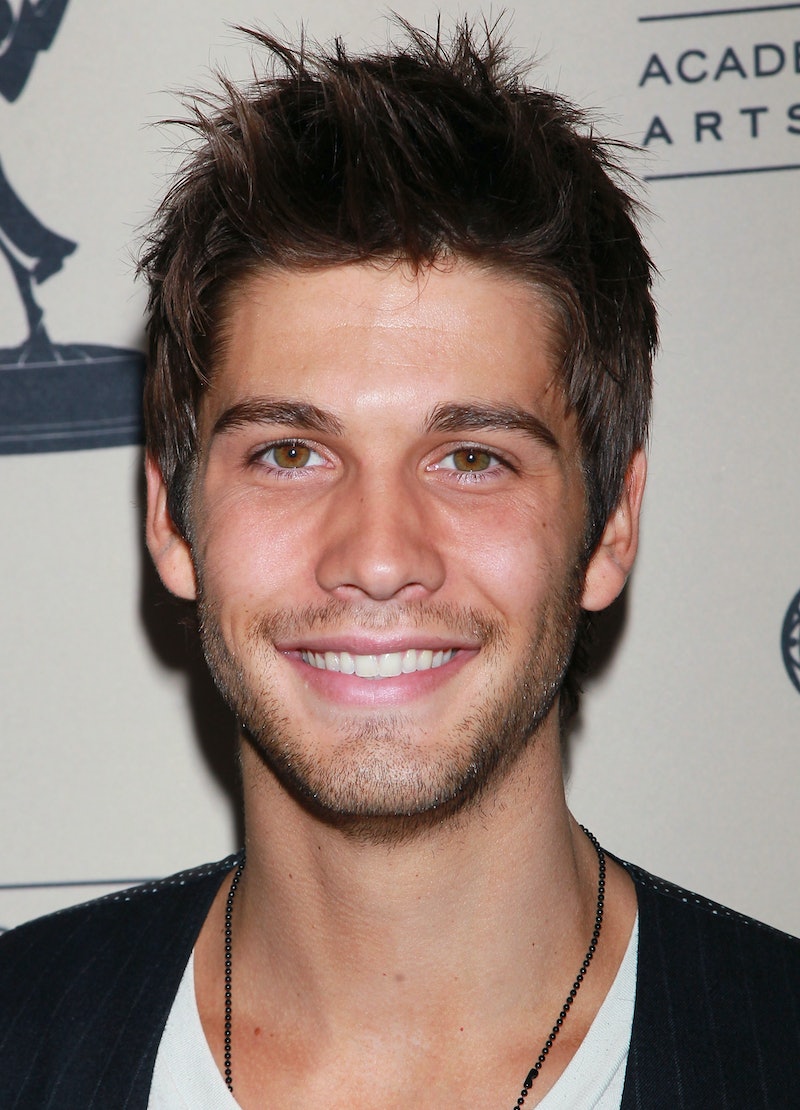 With the introduction of MTV's new series Eye Candy comes the introduction of MTV's new attractive cast. Seriously, I think this network might groom people from birth to be the perfect specimens that will make up their television shows in 20 years (I'm looking at you, Teen Wolf). One face to take note of is Casey Jon Deidrick, one of the male leads on Eye Candy . According to Deadline, Deidrick plays Tommy, a detective in NYPD's cyber-unit who is cautious of working with Lindy, played by Victoria Justice. When I say cautious, I think we all know that really means these two are going to have a love affair — just theorizing here. But outside of Eye Candy, what is there to know about Deidrick?

Deidrick came onto the scene (Hollywood scene, duh) in 2009, when he did small roles here and there — you know, the occasional Disney cameo or CW guest appearance — but has also had a steady job on a very popular soap opera for four years. Overall though, Deidrick hasn't been in a ton of things, so this could be a really huge break for him. Let's root for him, yes? Here's what you should know about Eye Candy's new star.

He Was a Gleek

I swear, he was! I personally didn't remember him from his one-episode appearance on the show as "Chip," but I don't blame Deidrick for that! I blame Ryan Murphy for giving so many of these characters trendy teen names where Chip doesn't stand a chance to be remembered next to "Huck" and "Santana" and "Sebastian Smythe."

He Racked Up Over 600 Episodes of Days of Our Lives

He had a good run from 2009 to 2013, appearing in 635 episodes, according to IMDB. On Days of Our Lives, Deidrick played Chad DiMera before he vacated the role, when it was then filled by another actor completely (I've never gotten into soaps, but that concept both completely blows my mind and intrigues me). According to an interview with Deidrick from around the time he left Days , he says, "I basically just wanted to pursue other opportunities," so maybe Eye Candy is one of them.

This is a personal plug, but check out that hair. He is not messing around with that back swoop (that's the term, right?).

He Has an Equally Good-Looking Dog

The band is metal (they say metal, I say terrifying, but what do I know about music?), so if that's not your style, play that YouTube video with caution.

More like this
Where Gillian & Tommy's Relationship After 'Temptation Island' Stands Now
By Kadin Burnett
What’s New On Netflix: 'Stranger Things' & 'Somebody Feed Phil' Return
By Arya Roshanian
What’s New On Netflix: A Victoria Justice Rom-Com & The Return Of David Letterman
By Arya Roshanian
UK Viewers Will Have To Wait To See Jessica Biel’s Killer Housewife Series
By Rachel Mantock
Get Even More From Bustle — Sign Up For The Newsletter