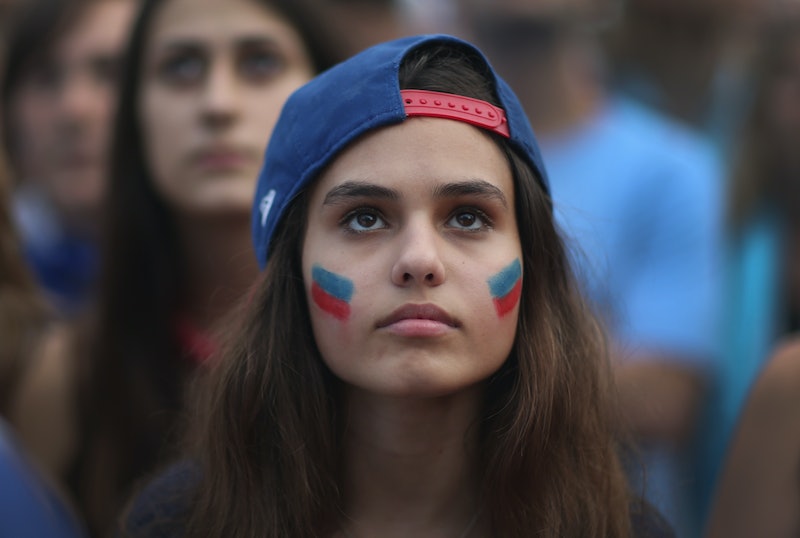 We're deep into the NFL playoffs, and many football fans would have you believe it’s the most exciting part of the season. There’s a lot to like, of course. The playoffs feature the best of the best teams, and the single-elimination format means the stakes couldn’t be any higher. Anything can — and often does — happen. Yet for a fantasy football addict like me, the post-season is bittersweet.

Fantasy football can be consuming. Sure, you could auto-draft and ignore your lineup for the rest of the season, but competitors like me look down on this. The winner of your league should have to work for it, and in order to ensure that they do, you have to work for it as well. It means agonizing over your roster, obsessively watching the waiver wire, and combing through fantasy advice to snag the best available free agents. There’s no guarantee of a payoff, but you do lower your odds of having to fulfill your end of an embarrassing bet you made while high on early season optimism.

When the fantasy season comes to its inevitable end, though, the victorious and the conquered alike are faced with a sudden void. Playoff games, while of course still exciting, lack the level of personal investment many fans feel during the regular season. Only lucky fans still have a team alive in the playoffs, whereas before, games across the league affected our fantasy records and championship hopes. It’s a difficult transition and — as with any addiction — it’s tough going cold turkey. Withdrawal is real and intense.

Here are 12 telltale signs that you, like me and countless others, are among those suffering from fantasy football withdrawal.

1. Your friends and family are sick of hearing you talk about it

Your comments about all things fantasy football elicit groans and eye rolls because even the end of the fantasy season hasn't been able to curb your intense need to discuss it. You know you've said it before, but seriously, Andrew Luck getting benched in Week 16 was the worst thing that could have happened.

2. You still check your lineup

Whether habit accidentally brings you back to your lineup or you just like to gaze at it wistfully, it’s clear you’re having a hard time letting go. If only next season weren't so far away…

It won’t be back until September, but you can’t help but click your TV over to NFL RedZone on occasion, half-hoping for something more than their off-air message. The constant classical music it plays is the soundtrack to your nostalgia.

4. You still feel loyal to your former players

You and your team went through so much together during the season: injuries, slumps, and — for Percy Harvin owners — even an unexpected trade. Although you’ll have mostly new players on your roster next year, you still can’t shake your sense of loyalty to them. Their success still makes you smile.*

*Except when they're playing your favorite team, of course. Then, all bets are off.

5. You still automatically calculate the fantasy points for big plays

Tom Brady threw a 60-yard touchdown? The Eagles’ defense forced a turnover? Your brain automatically comes up with the fantasy point value. It might not count in your league anymore, but it’s still exciting.

6. You’re playing in a playoff challenge

There’s a fantasy football-shaped hole in your life, and a playoff challenge was the closest substitute. The stakes aren't as high and it’s just not the same, but hey, at least it’s something.

7. You're already strategizing for next year

You know exactly what your draft number is and have been thinking about what this means for your draft strategy. With this year’s lessons under your belt, you’re determined to dominate your league next year.

Although there’s no way you’ll be able to get all of the players of your dreams on your roster, that hasn't stopped you from creating a mental wish list. There’s no harm in a little daydreaming — it is called “fantasy football,” after all.

9. You’re following the college players who intend to declare for the draft

To you, every NFL prospect is a fantasy prospect. This year’s rookie class was pretty darn impressive, and you can't wait to find next year’s Odell Beckham Jr.

10. Your phone’s fantasy app is a constant source of sadness

Seeing that little icon on your screen reminds you that the fantasy season is over and a new round of fun is months and months away. You could delete it, but you need it so you can work on your plan for next year.

11. You’re worried about how personnel changes will affect your favorite players

The NFL’s Black Monday firings got the ball rolling on a whole lot of personnel changes. What will it mean if the quarterback you’re eyeing loses his team’s offensive coordinator? Can your favorite defense thrive under a new defensive coordinator? And you’re not even ready to think about the free agency period…

12. You feel like something’s missing when you watch football

On the other hand, that also means that now all you have to do is just watch football. At least until next season, there’s no pressure, just chillin’.

More like this
3 Most Charming Zodiac Signs, According To Astrologers
By Kristine Fellizar
4 Zodiac Signs Most Likely To Be “That Girl”
By Kristine Fellizar
What Is Jeanie Buss' Net Worth? The Lakers President Is Uber Rich
By Hugh McIntyre
15 Ways To Tell Someone Was Just Talking Behind Your Back
By Carolyn Steber
Get Even More From Bustle — Sign Up For The Newsletter