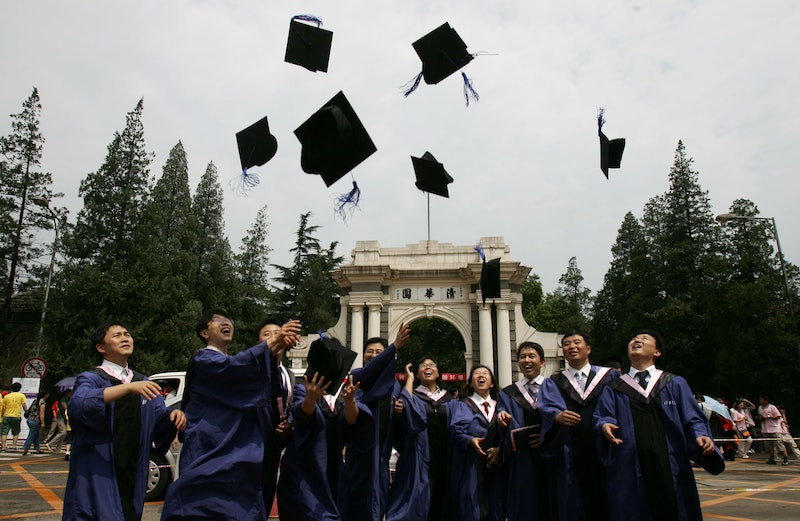 Last week, President Obama unveiled an initiative providing free community college tuition to qualifying students. Said the President: “It’s something that we can accomplish, and it’s something that will train our workforce so that we can compete with anybody in the world.” But, arguably, what's intended to be a solution to the rising costs of higher education could create a handful of problems that may not make students better off — instead, possibly lowering grading standards and promoting amenities at the expense of academics.

The White House says the program will provide tuition assistance to students who maintain a 2.5 GPA minimum and "make steady progress toward completing a program." Modeled after a similar program called the Tennessee Promise, the proposed initiative covers any tuition costs not met by other scholarships or government programs. In contrast, the White House plan would cover tuition upfront, with states shelling out 25 percent and the federal government bearing 75 percent of the imposed cost. States would have to individually adopt the measure to participate.

Inside Higher Ed reports that the Tennessee Promise costs $335 million, but $300 million has come from the state lottery, with taxpayers taking only a small portion of the cost. The state now has over 90 percent of high school graduates signed up for the community college scholarship program, providing tuition largely to middle-income students who are not eligible for federal financial aid like Pell Grants.

The Wall Street Journal fixes the total cost for a national program at $60 billion. Republicans in Congress are unlikely to back this plan given the price tag, not to mention the prospect of increasing federal involvement in education policy through this program. Some other concerns include...

Anyone who's attending college can tell you the sticker price of tuition is not the sole cost. Books, housing, and travel add up. The Washington Post provides a breakdown of a College Board study outlining the total costs to higher education: For the 2014-2015 academic year, the cost of community college tuition is $3,347, but housing cost an additional $7,705, while books averaged $1,328 and transportation came to $1,735.

It's likely that many students attending community college will continue to live at home, eliminating housing costs. But even if a student chooses to remain under mom and dad's roof, costs to the student still exceed $3,000 per year, almost as much as tuition.

Universities sometimes offer amenities like recreational swimming pools and movie theaters to attract applicants. Community colleges could begin to do the same to attract more students to receive the tuition payout.

There's the possibility that the additional funds from new students could go toward providing additional amenities rather than offer higher quality professors. Though it's too early to predict this, logic could suggest two-year institutions will want to reap as much cash as their four-year counterparts have done.

GPAs are non-standard and reflective of how a college professor chooses to grade, so it's difficult to discern a 2.5 GPA at one institution over another. Even the

nation's most prestigious Ivy League universities have been accused of serious grade inflation over the past decades with The Economist alleging that the average grade at Harvard has risen from a C-plus in 1950 to an A in 2014.

With the prospect of more cash, community colleges could encourage this practice.

There may be a better solution. Allowing states to individually adopt their own education measures is, arguably, one. On the state level, conservatives are more likely to support education reform, provided it is not through a federal program, and it could thus earn bipartisan support. Such is the case with the Tennessee Promise, which was signed into law by a Republican governor.

Another alternative is tuition tax-credit investment programs for scholarship funds. These could help students and investors alike, without federal funds or reducing education quality. Under such a proposal, individuals would be incentivized to donate to college tuition scholarship programs in exchange for a dollar-for-dollar tax credit. Such a plan would not guarantee a free education, but it would place greater responsibility on the public to empower America's youth without resorting to taxation.