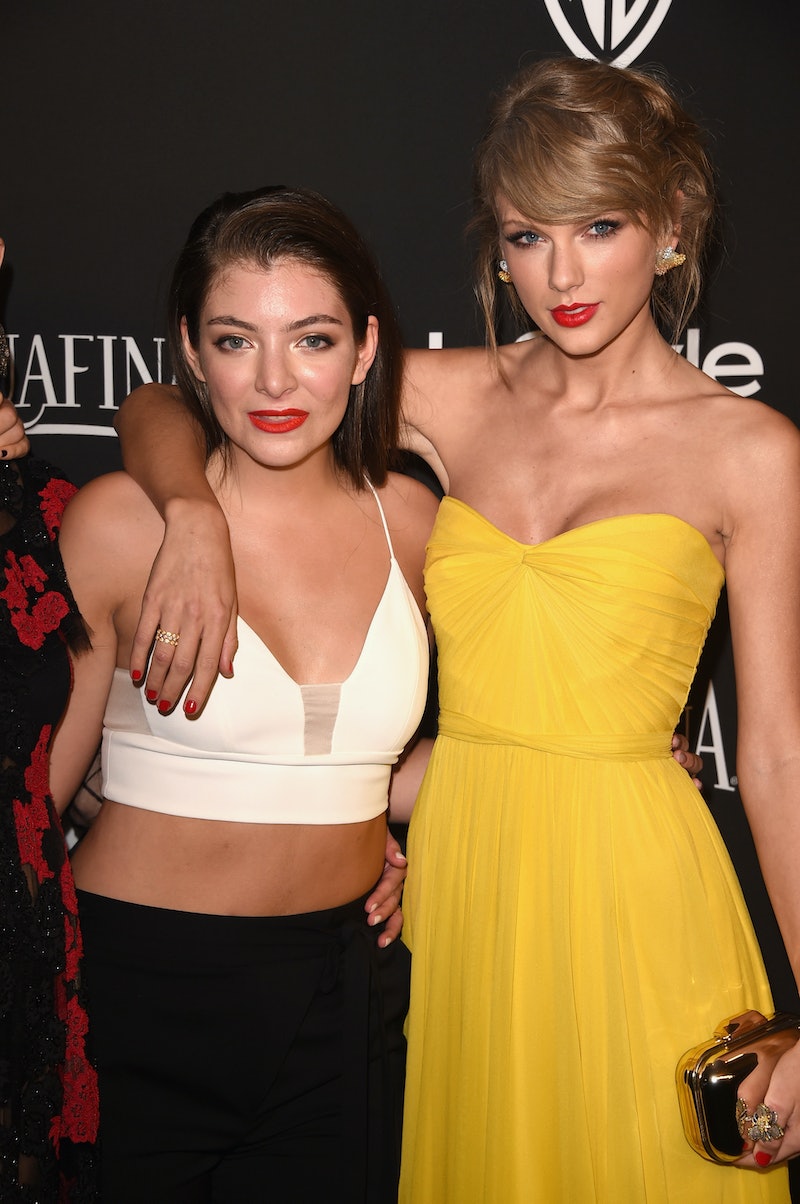 Although award shows look super fun and glamorous from the couch, I don't know how enjoyable they would actually be if it was part of my job to attend all of them. After all, when they get boring, attendees don't have the option of changing the channel or going to bed, and being mobbed on the red carpet is probably less fabulous than it looks on E!. This is why I firmly believe that Taylor Swift did it right. She skipped the show and went straight to the fun part: the after parties. Taylor Swift and her pals sauntered into Harvey Weinstein's shindig like pros, and proceeded to have the most fun ever, if the pictures from the event are to be trusted.

As far as I'm concerned, the after parties have everything good about the Golden Globes, minus the boring stuff: the coolest celebrities, booze, food, and music. Plus, the pressure is off, so everyone's having fun now that they don't have to worry about presenting awards or possibly making acceptance speeches. If I ever get invited to the Golden Globes, this is how I'm doing it. No stress, all fun. Sure, Swift missed the main event, but she obviously had a better time than everyone else.

All her BFFs were there

Including Lorde, Jaime King, Selena Gomez, the ladies of Haim, Lena Dunham, Jack Antonoff... the list goes on and on. According to The Hollywood Reporter, host Weinstein even introduced Swift to Jennifer Lopez, and Swift, King, and Lorde were spotted heading to the bathroom together, undoubtedly to engage in some lipstick refreshing and gossip. To be a fly on the wall in there...

She stayed out of the spotlight — kinda

Like Jaime King explained in this Instagram post, the gals decided this should be Lorde's night to shine, so they stepped aside whenever possible. This is an awesome example of everything female friendship should be.

She got kissed by Lena Dunham

She still got to dress all cute

Because dressing up is the best part of any award show anyway, right? And this yellow gown looks absolutely gorgeous on her.

There was a lot of dancing

According to The Hollywood Reporter, this went down at 11:20 p.m. :

Taylor Swift unscrews a bottle of water and then suddenly her song "Blank Space" comes on. Her reserved section goes nuts as Lorde and Jaime King jump to their feet. Taylor jumps up, lip synchs along to her own song for a few seconds and then crashes back down on the sofa and shakes get head to the beat, looking giddy and happy. Security rushes to a fan who tries to snap a pic of the candid moment and sternly tells them "don't even try it!"

Oh my god. I need video footage of this to surface immediately.

And best of all? She got to skip the mani-cam