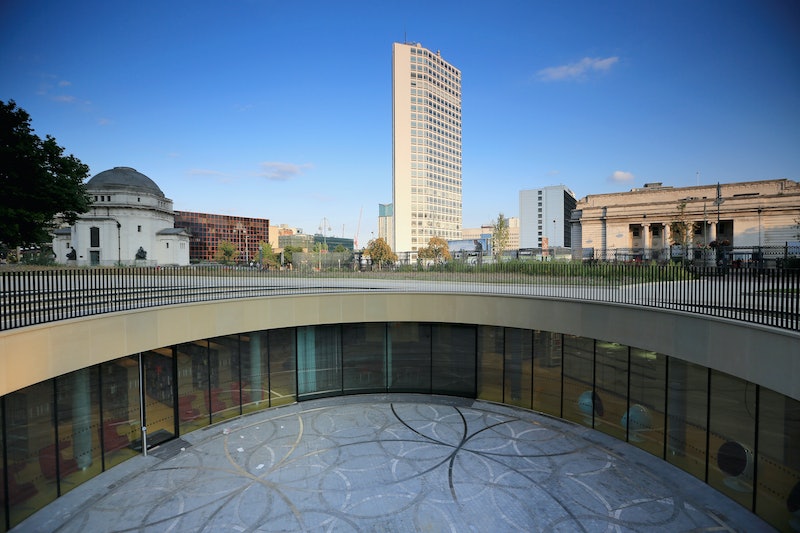 Fox News has never been known for its journalistic credibility, but this is pretty lousy reporting even by its standards. The network's regular contributor Steven Emerson called Birmingham, England "totally Muslim" and a "no-go zone" for anyone who doesn't practice Islam. Um, yeah. Needless to say, that is an egregious error, and Twitter users — particularly the ones from Birmingham — were quick to point it out using the hashtag #FoxNewsFacts. This isn't the first time Fox News thought that facts were something you can get creative with, like crochet patterns, but the fact that the gaffe was made by a self-proclaimed terrorism "expert" is more than a little troubling.

Emerson appeared on the Sunday episode of Fox News' Justice to discuss terrorism in light of the recent Paris attacks. He told host Jeanine Pirro about the existence of "no-go zones," where the Muslim population is dense and Sharia law dictates life. And these "countries within countries" aren't just confined to France; they're all over Europe. Emerson said:

In Britain, it’s not just no-go zones. There are actual cities like Birmingham that are totally Muslim where non-Muslims just simply don’t go in.

Yeah, false. Birmingham, which has a population of roughly one million people, may be diverse — 42 percent are not white — but only 21.8 percent are Muslim. That is a far cry from being "totally Muslim." But Emerson didn't stop there. He also had to warn the world of the Islamic perils London is facing.

Parts of London, there are actually Muslim religious police that actually beat and actually wound seriously anyone who doesn’t dress according to Muslim, religious Muslim attire.

That is also completely not a thing. As Emerson — who, by the way, has written six books on terrorism and testified before Congress dozens of times — prattles on in the vein of Dr. Spaceman from 30 Rock, host Pirro stares wide-eyed in disbelief.

Luckily, throngs of people have publicly pointed out the absurdity in Emerson's statements. Even British Prime Minister David Cameron chimed in:

When I heard this, frankly, I choked on my porridge and I thought it must be April Fool’s Day. This guy’s clearly a complete idiot.

Others echoed this sentiment on Twitter, using the #FoxNewsFacts hashtag to tweet similarly asinine "facts" or just plain hilarious commentary on the gaffe.

In the wake of all this hilarious, relentless backlash, Emerson has apologized for his balderdash. When asked by the Telegraph to clarify his statement, Emerson issued this statement:

I have clearly made a terrible error for which I am deeply sorry. My comments about Birmingham were totally in error. And I am issuing an apology and correction on my website immediately for having made this comment about the beautiful city of Birmingham.

He also noted that he plans on making a donation to a Birmingham charity. That's all nice and swell, but maybe the best way to make it up to the city of Birmingham — and the world — is by keeping your "expertise" to yourself?