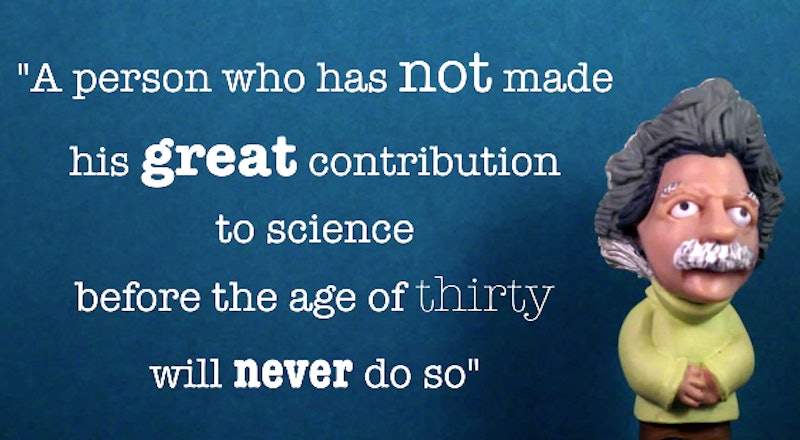 Defining smartness is very difficult, which makes measuring intelligence in human beings all the more problematic. Though many see intelligence itself as a heightened ability to understand science and math based on existing equations, others might perceive it as a talent for critical thinking and coming up with unorthodox solutions. We also experience misconceptions on the matter, such as that those able to achieve high honors or good grades in school possess the most superior intellect; in truth, there's a major difference between study skills and raw smarts. Thomas Edison, Benjamin Franklin, Bill Gates and Walt Disney (to name just a few) were all school dropouts.

Though science YouTube channel BrainCraft quotes Einstein in that, "A person who has not made his great contribution to science before the age of thirty will never do so," host Vanessa Hill goes on to admit that the answer to what age we reach our mental peak is much more involved.

As Hill alludes, there are many scientifically-recognized kinds of intelligence, a few of those being musical, mathematical, linguistic and interpersonal. Though you might be very good with words, your math skills could be lacking; depending on your culture and society, one type of intelligence might be considered more valuable than another but that doesn't mean it's superior.

Watch as Hill breaks down the many nuances involved with the age-old question.