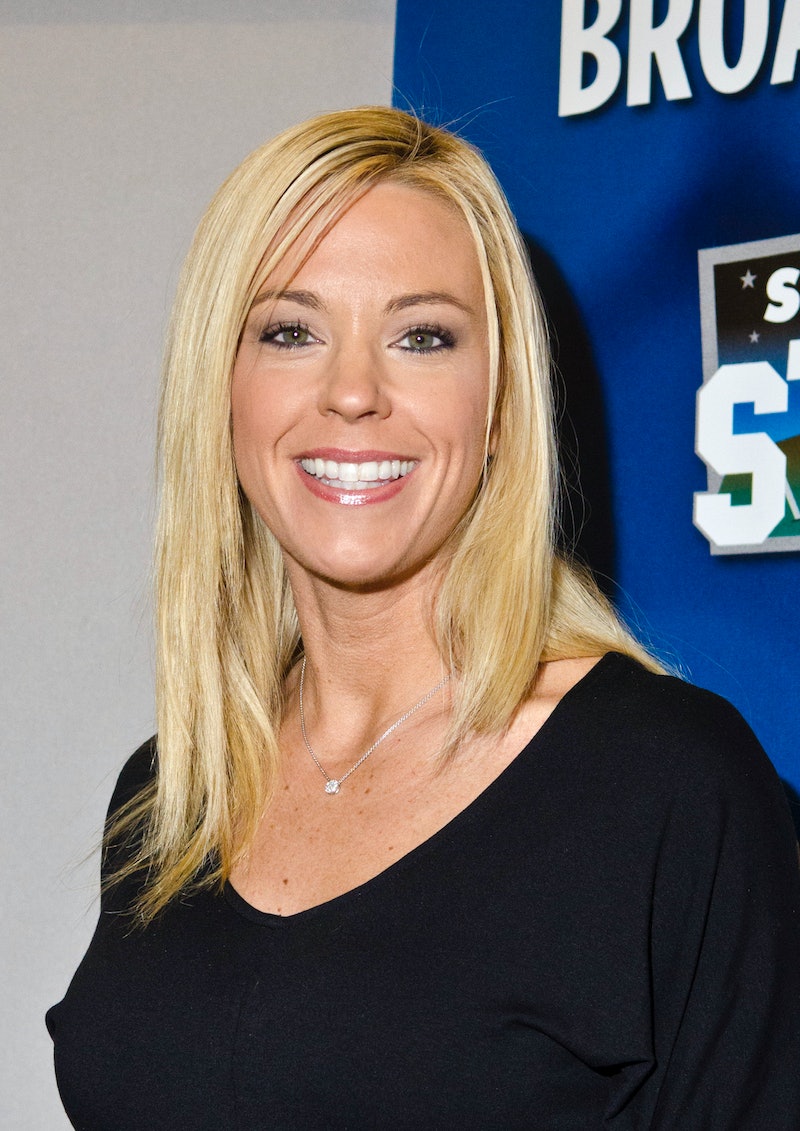 Before there were 19 Kids and Counting and Sister Wives, TLC had Jon and Kate Plus 8, which eventually evolved into Kate Plus 8 and turned Kate Gosselin into one of the most recognizable and successful reality stars ever. Now, after a very long hiatus (and cancellation in 2011), Kate Plus 8 is back. The kids are a little older and even more adorable, and there are still just as many of them — and while Kate may still be a single mom, she's also putting herself out there in the dating world. You heard it here, y'all: Kate Gosselin is reportedly seeing someone. Of course, this obviously begs the question of who Kate is actually dating, and if the reports I'm seeing are true, homegirl's done pretty well for herself.

According to a source who claims to be close to the Gosselin fam and spoke to Us Weekly, Kate is currently seeing Jeff Prescott, who just so happens to be a 51-year-old millionaire. Like Kate, he's divorced with kids (although he only has three), and although he hasn't met Kate's brood, he did buy them Christmas presents. Classy! The source also adds that they have known each other for a year and that "they like each other" — well, duh.

Obviously, I did a fair amount of LinkedIn stalking to see who this guy actually is, and as it turns out, Prescott's actually the COO and co-founder of Dreamstime, which calls itself the "word's largest collection of free and royalty-free stock photos." They offer a catalog over over 28 million photos and illustrations, which is pretty impressive, and obviously, it's helped Prescott do pretty well for himself. Us adds that Prescott is also the president of the Deaf Children's Foundation and the Nation's Youth Fit Kids Foundation, which makes me like him all the more. It's sweet that he does so much for kids, especially since he's going to be around a lot of them if he and Kate are really dating.

"Jeff is a really, really good guy," a second source told Us. "He is very respectful of Kate and her family."

He sounds like a pretty sweet guy — even if there isn't a ton of information about him out there. Maybe he'll show up on Kate Plus 8 this season and confirm their relationship? If so, fingers crossed he likes very rambunctious little ones and has a ton of energy! He's going to need it.