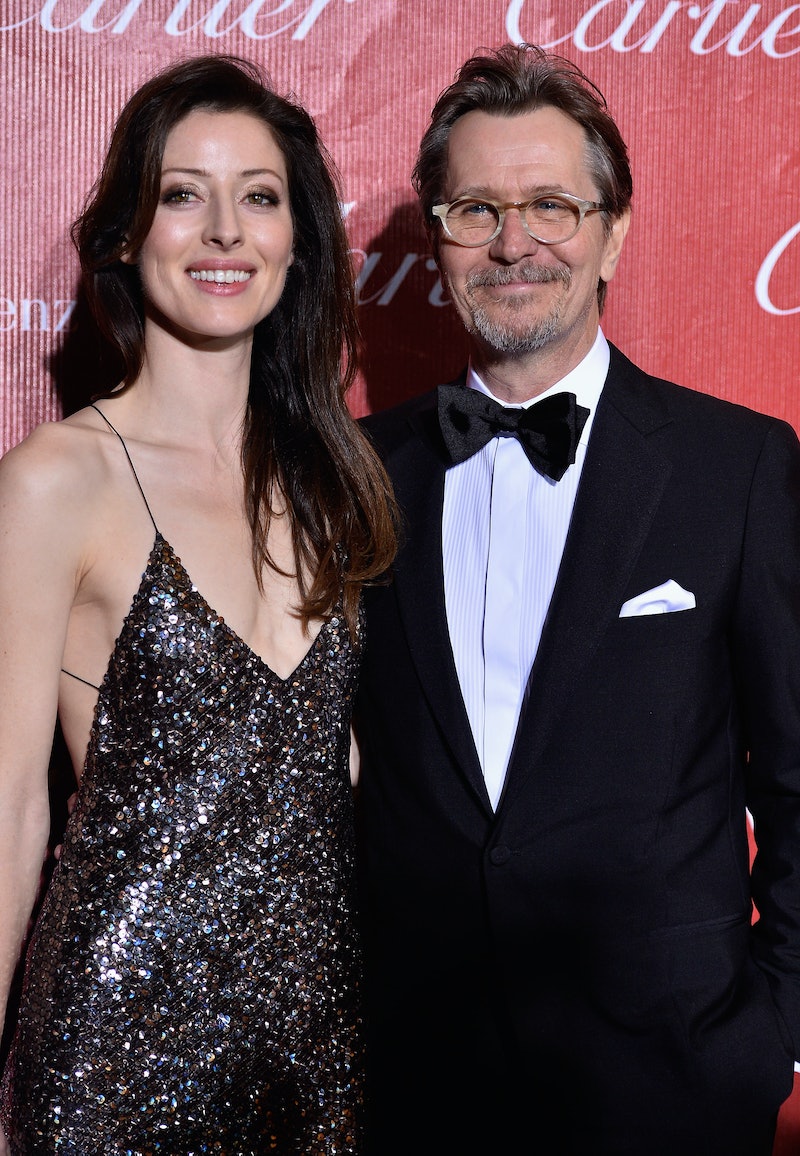 Another day, another celebrity marriage ending. According to People, actor Gary Oldman and Alexandra Edenborough are divorcing after seven years of marriage. Per documents obtained by Radar Online, Edenborough (a singer-songwriter) filed papers in Los Angeles on Friday. She cited "irreconcilable differences." The two married on New Year's Eve in 2008, and their date of separation was not listed on the documents. Reportedly, Edenborough has also asked Oldman for spousal support and attorney fees. With that said, in turn, she allegedly also wants the court to not award him spousal support.

Oldman, known for his roles in Harry Potter and The Dark Knight, first married actress Lesley Manville in 1987, but soon split in 1989 after the birth of their son, Alfie. In 1990, he tied the knot with Uma Thurman, but they divorced in 1992. Then, starting in 1997, Oldman had a longtime relationship with actress Isabella Rossellini, but they never married and eventually ended things. From 1997 to 2001, Oldman was married Donya Fiorentino, with whom he had two sons, Gulliver and Charlie. Oldman later received sole custody of the children.

Finally, in 2008 the actor wed Edenborough and hoped it would be his last marriage. He told the U.K.'s Independent, "I'm not proud that this is my fourth marriage. But this is a good one. Hopefully, my last one." He even admittted that he wasn't marriage material when he was younger. Oldman said,

I'm not proud to say that though. But I've had a few goes at it now, so I've probably learned something from the first three. Practice makes perfect. Isn't that what they say?

Well, maybe one day all the practice he's had will truly find him the one.