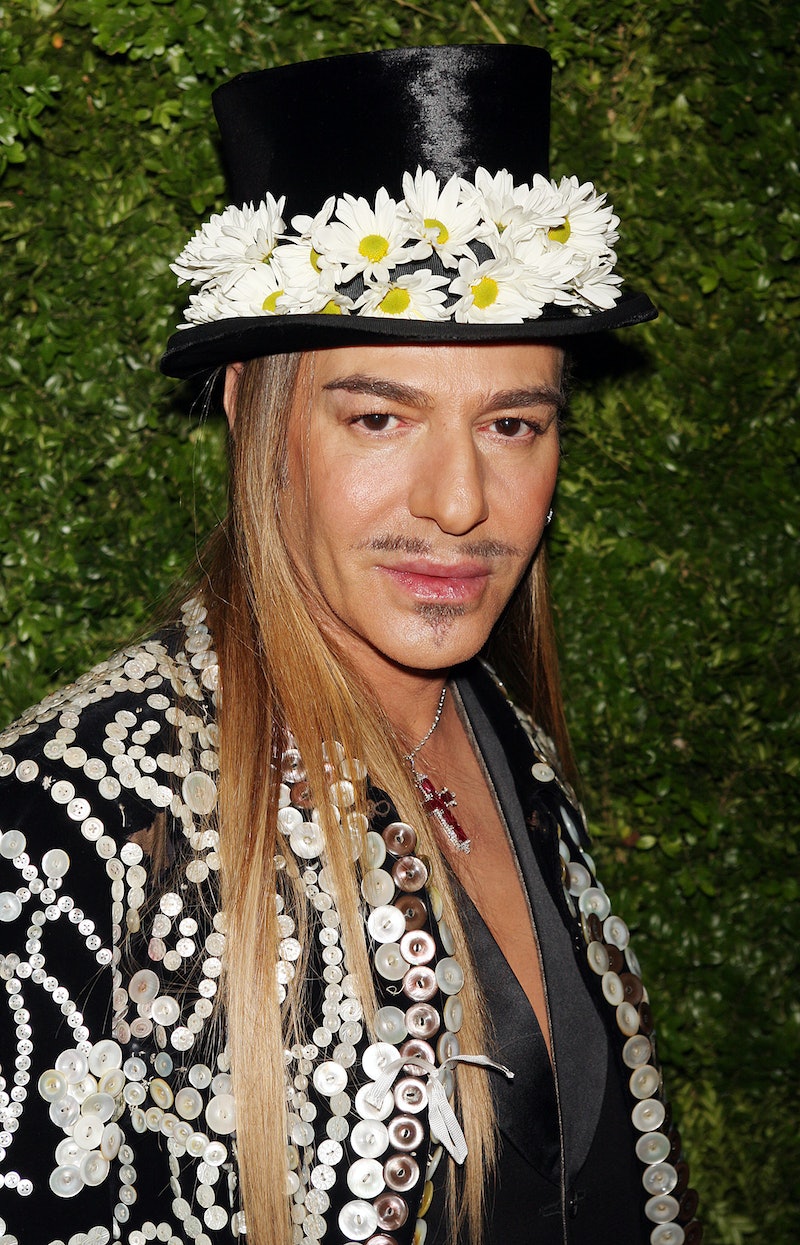 It may be Men's Fashion Week in London, but there's another event so big it's eclipsed the rest of the shows. Trust me — it's even got it's own hashtag. John Galliano made his debut for Maison Martin Margiela on Monday, and the collection was both wildly inventive and raw. #MargielaMonday did anything but disappoint.

It was inevitable that Galliano would return to fashion, it was just a question of where, when, and more importantly — how? His debut for Margiela, however, marked a shift in the designer's signature aesthetic. Though his classic, artisanal component was there (turning everyday objects such as coins and pen caps into couture), his familiar flamboyancy was instead replaced with deconstructed, striped down, even somewhat (dare I say it) wearable silhouettes. It felt more humble, less God-like (as his first collection following his anti-Semitic rant probably needed to be), but there was a moodiness that couldn't be ignored. The collection was haunting, from the Day of the Dead masks, to a ghost bride, to the jarring red coat with a devil's mask emblazoned on the front, there was an air of something brooding over the collection. Whether that something be a reflection on Galliano's deterioration in the press, his personal angst, or simply just the decay of the old Galliano as the new is reborn, the debut humbly reminded us of his talent, without the pomp and circumstance that would have made celebrating his return feel slightly inappropriate.