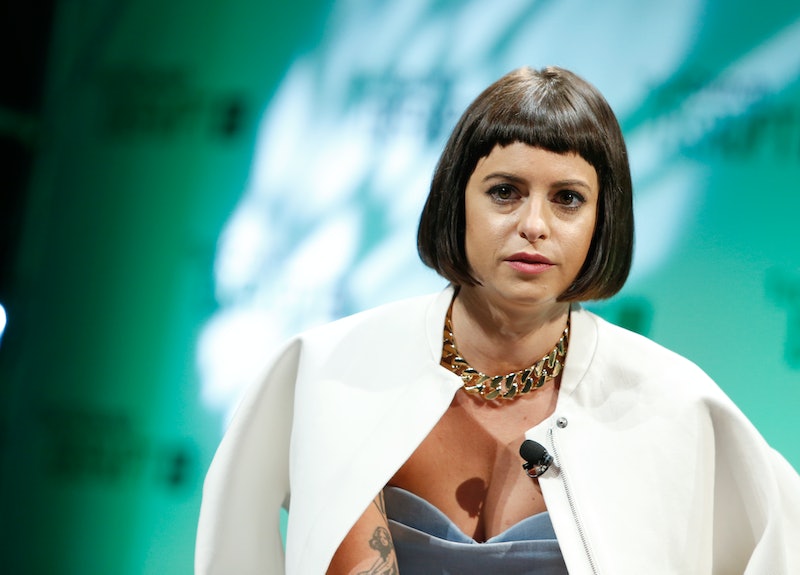 As fashion CEOs go, Sophia Amoruso has been one of the biggest names in the industry. After starting her company, Nasty Gal, from basically nothing and growing it into a multi-million dollar company, Amoruso now has a best-selling book (#GirlBoss—you may have heard of it), a major social media following and a general nod of acceptance from all of us that she is one of the big shots in the retail world. After a huge 2014, Amoruso has surprised everyone with a big announcement to begin 2015. Sophia Amoruso is stepping down as CEO of Nasty Gal.

To be fair, the #GirlBoss author isn't going to be disappearing altogether when it comes to Nasty Gal. She's simply handing over the reigns of the company to Sheree Waterson, president (and now CEO) of the company. According to the press release, Amoruso says she will still be a creative voice and consultant when it comes to all things Nasty Gal, remaining on the executive board and overseeing major marketing duties in the business.

I know, I know — sounds like all the same duties and just a different, less fancy title. So why the sudden change? Although her statement in the press release doesn't seem to answer this question directly, according to Fashionista, it seems that the #GirlBoss has faith in Waterson to be successful in the company.

"She has established herself as an inspiring leader here at Nasty Gal and I am confident in her ability to execute on our vision," Amoruso said of Waterson.

With a brand new, first-of-its-kind Nasty Gal brick-and-mortar store, a cult following for those of us fashion lovers, and a definite stamp of cool girl approval, it's hard to believe that Nasty Gal is going anywhere, even without Amoruso as CEO. While it may be difficult to disassociate Amoruso from the brand going forward, it kind of seems like we won't have to given her statements regarding staying on the executive board. Once a #GirlBoss, always a #GirlBoss, it seems.